It’s no secret that the entertainment industry has taken a calamitous hit in the last year and half. Yet despite everything, there are Gold Coast artists out there who are still absolutely slaying when it comes to their careers.

We profiled seven local musical acts who are pushing the boundaries, making waves in the industry and producing some real #creativegold right now.

In addition, this exciting young star-on-the-rise has received enthusiastic radio support, held her own single launch at her favourite Gold Coast venue Burleigh Bazaar, hit the stage at Groundwater Country Music Festival and has even toured South East Queensland with Australian country legend James Blundell. Not a bad effort for this teenage talent, who gets home from school each day and writes music while managing a full academic workload and live gigs around the city on weekends.

Lily is eternally thankful for the love she has received from the local community, telling us: “Gold Coast people have welcomed me with open arms and have provided such amazing support for me in my ventures. People have bought CD’s, tickets to shows, streamed my music, attended gigs and shared my music with their friends which is a gift I am very grateful to have.”

Tomi Gray (pronounced TOE-mee) is an author, poet, artist and illustrator, but it’s music that has first claim on his heart. Also known as drummer ‘Splinter’ at the iconic Dracula’s Cabaret in Broadbeach, Tomi is a singer, songwriter and multi-instrumentalist with a prolific original output both as a solo artist and as part of band Kallidad, who are about to head north on tour.

His most recent solo EP ‘Asthma’ was written during the last turbulent year and a half and explores the sense of fear that has accompanied the huge losses suffered by the entertainment industry.

Tomi, who fell in love with the flow and pace of the Gold Coast while travelling and set up permanently here as a result, hopes his message of hope during hard times will resonate with other local creatives:

“Good things seem to happen on the Goldy, there’s less noise and mayhem in places like Melbourne and Sydney. Makes it easier for people to hear about a good thing going on.

“If we can just try and ride this out, watch it for what (whatever) it is, there’s a lot that can be taken for having lived through periods of change and discomfort. We’ll be alright.” 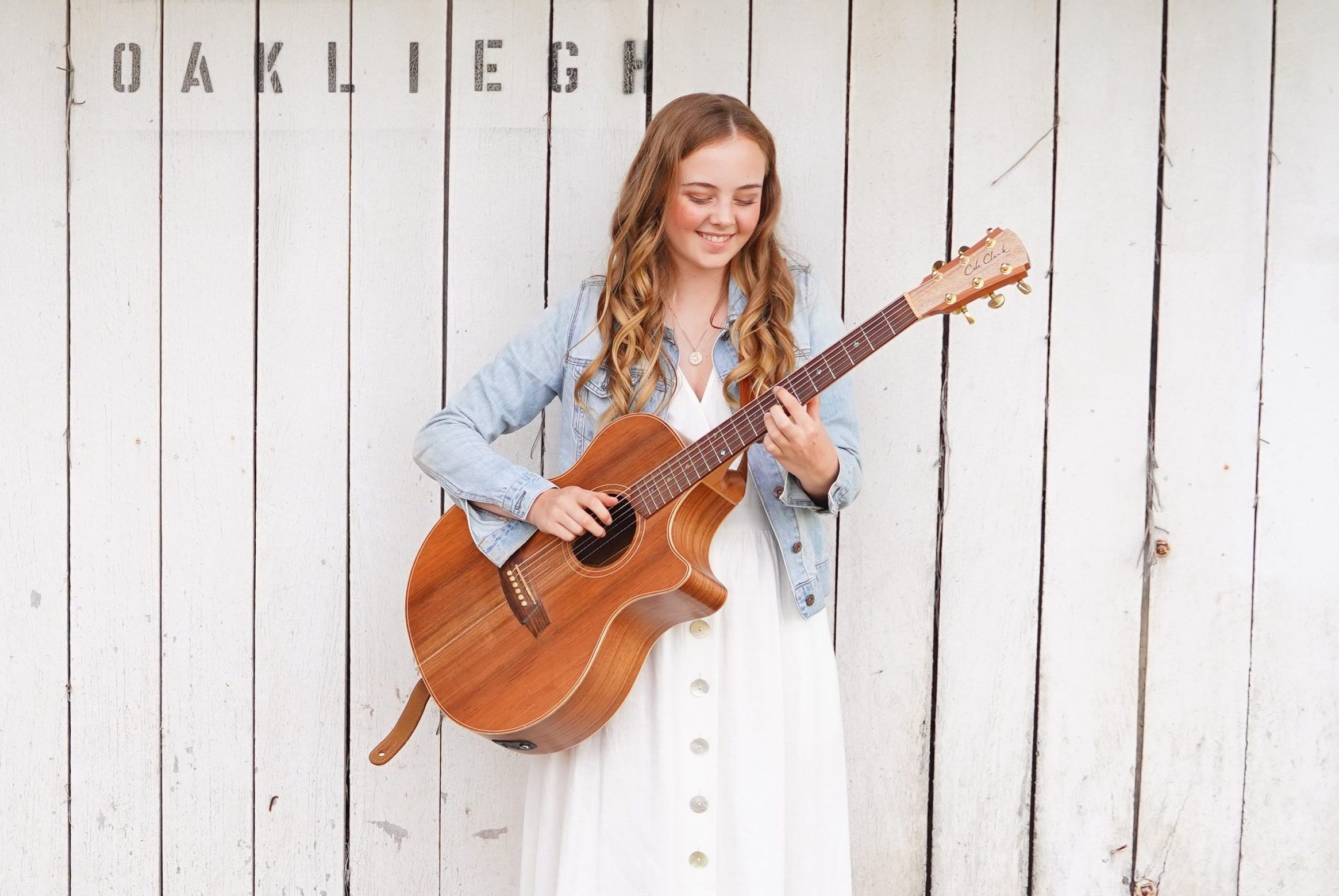 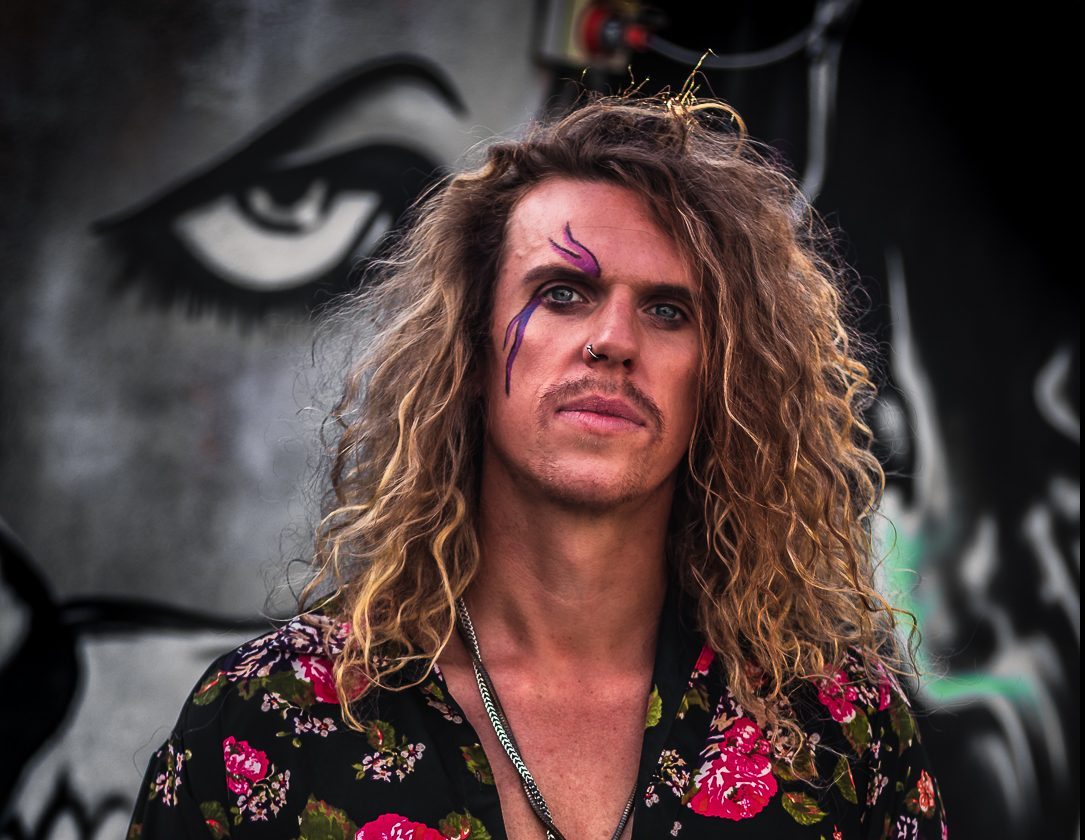 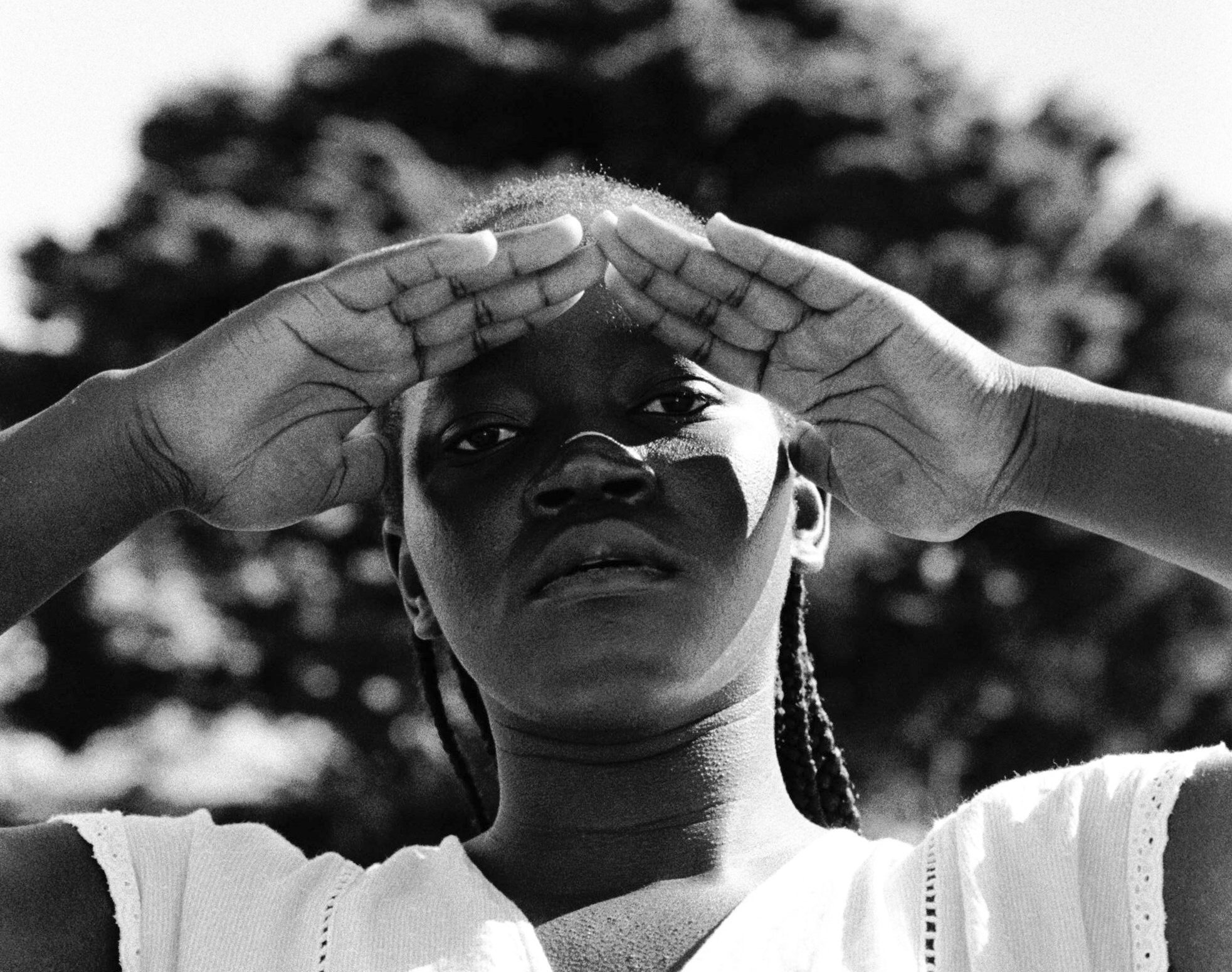 Beckah Amani has clearly been one to keep an eye on from the minute she stepped onto Gold Coast’s music scene. Her unique voice and searingly honest lyrics have struck a chord in the hearts of listeners and the industry alike.

Beckah has had quite the run of late, being awarded both a City of Gold Coast grant and the $10,000 Billy Thorpe Scholarship at this year’s Queensland Music Awards, alongside the trophy for Emerging Artist. She participated in this year’s APRA songwriting competition and more recently, took out two categories at the 2021 Gold Coast Music Awards: Song of the Year and Video of the Year, for her stunning track ‘Standards’.

“Music is such a special thing,” says Beckah. “It’s a soundtrack to all of our lives and it’s an absolute joy to think that I get to be a part of people’s lives in that way!

“After such hard year for the music industry in general, it meant so much to feel so supported by the Gold Coast this year.” Keep an eye on Beckah for great things to come.

JVMIE is a Gold Coast electro-pop artist who was living and working in LA until COVID hit, when she hopped on a plane back home. She was stunned by the change in the local cultural landscape when she arrived.

“From growing up on the GC to now, there’s been massive growth in the arts scene here!” Jamie says.

“New venues, galleries and press outlets supporting local talent, not to mention the level of talent coming out of this city is amazing! Now I feel like the Gold Coast has the facility to support it. Since returning from LA due to the pandemic, I’ve felt nothing but support from my home town.”

Things have snowballed for JVMIE since returning home. She received HOTA’s Rage Against The Virus grant almost as soon as she landed, which helped with resetting her focus after uprooting. She was also nominated for two categories at this year’s Gold Coast Music Awards, hit #2 on the US Billboard Charts, won Downtempo Song of the Year at the 2021 Hollywood Music in Media Awards for the ethereal single ‘F*ck This Mess’, and has most recently written a song for Tokyo Olympics, Samsung and Optus, which was recorded by her favourite Aussie band, Sheppard. With more new singles and an exciting new secret project on the way, watch this space for much more JVMIE.

Country-rock star Casey Barnes may have taken a big hit to his packed touring schedule when COVID hit, but that hasn’t stopped this ebullient local musician from racing to the top of his game. His 2019 signing with music industry juggernaut Chugg has really seen his career reach the next level. ‘Town Of A Million Dreams’ the album he released against all odds during the pandemic, has produced chart-topping single after single and millions of streams worldwide. In addition, Casey just won the coveted Artist of the Year gong for the second consecutive year at the Gold Coast Music Awards, and received his first (of undoubtedly many) ARIA nominations. Despite his success, this homegrown star remains as humble and grateful as ever.

“The last two years have been pretty tough but we’ve also worked harder than ever as a team, so it’s nice to have that recognised and to get together as an industry and celebrate,” he says.

“It’s been incredible to still have the support here on the Coast from fans, local venues, media, radio, fellow musicians and the Council who have played a huge role in helping local artists including myself.”  Fingers crossed Casey’s planned 2022 tour will finally get him out to his legion of fans. 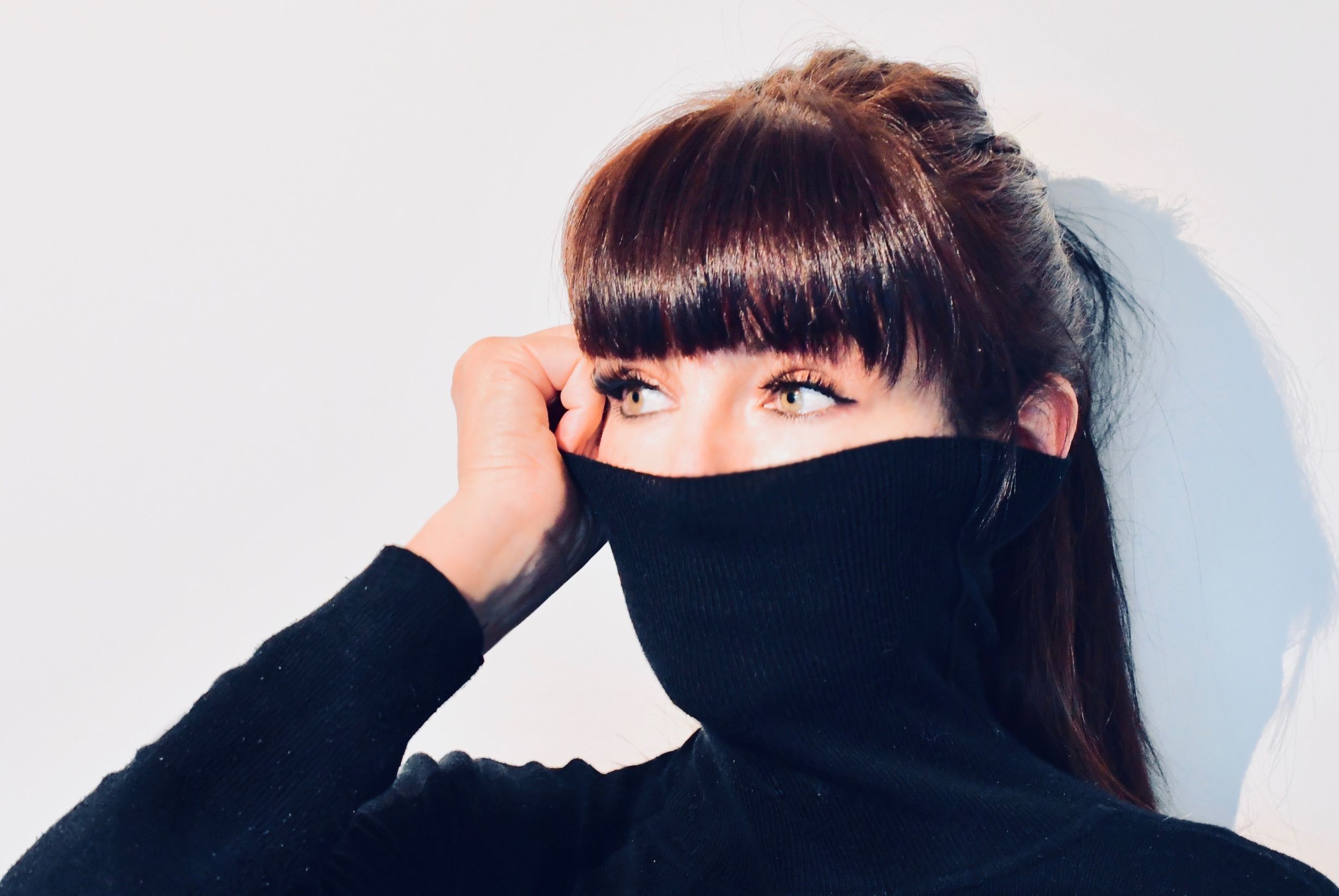 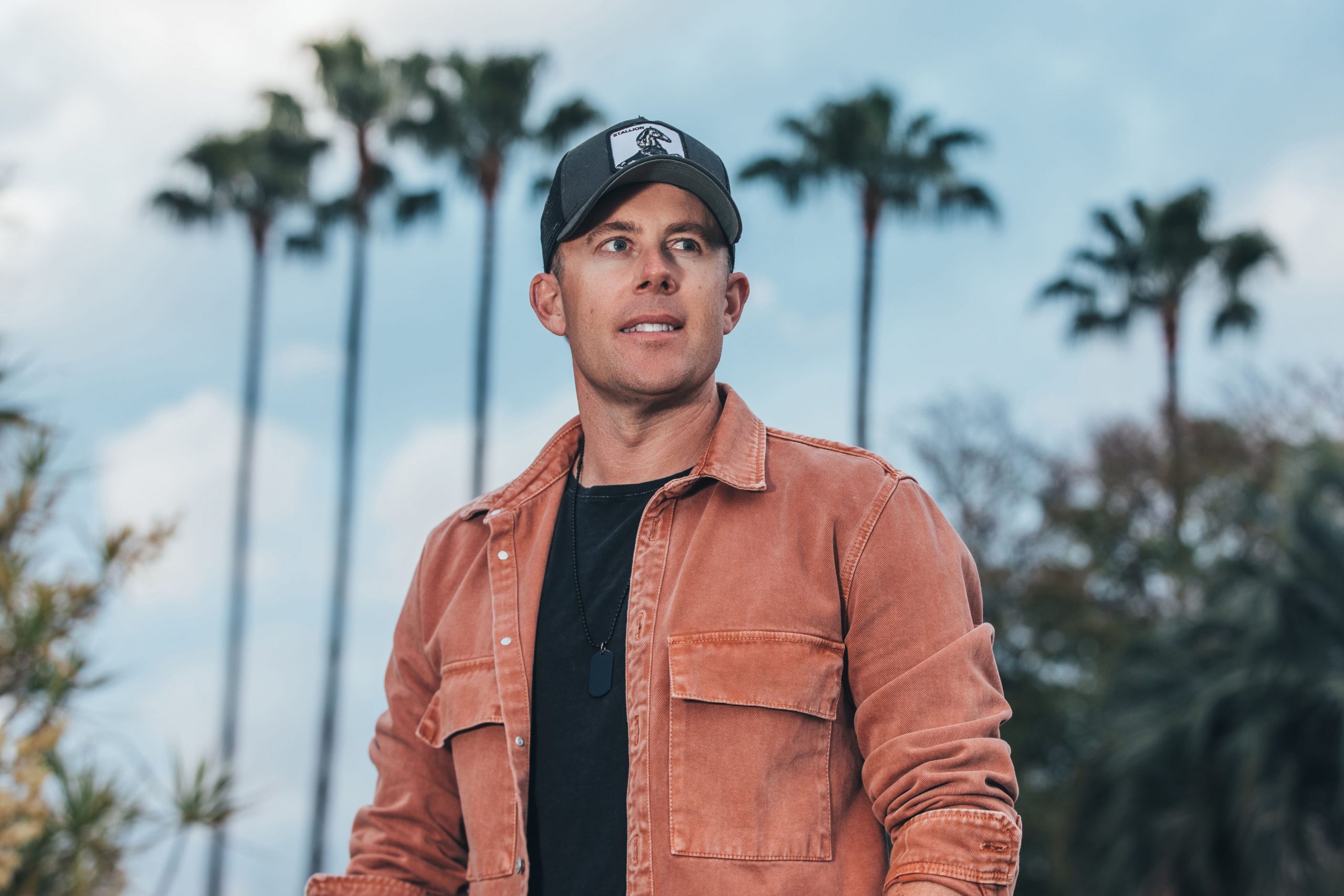 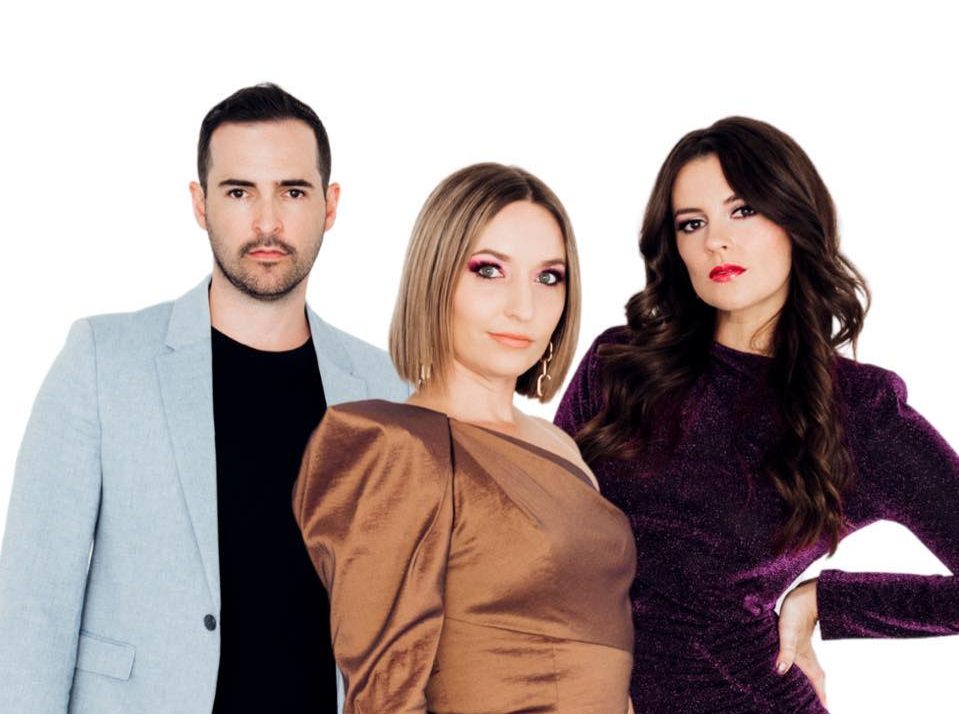 Poet and soul man Karl S Williams is the real deal. As incandescent on stage as he is meek in real life, Gold Coast’s self-professed ‘musical fool’ combines roots, gospel and blues into his own unique and poignant vibe. Being awarded a Placemakers ‘Behind the Golden Door’ project grant enabled Karl to continue with his craft gigs were still shut down. He then toured with the Festival of Small Halls when things opened up, took out the Blues / Roots category at this year’s Queensland Music Awards for his singular and aptly titled release ‘Lifeblood’, and then went on to win Release of the Year at the recent Gold Coast Music awards for the same album.

“The music community is pretty close-knit and even moreso here on the Gold Coast,” says Karl of the local scene, which he moved back to after a stint in Melbourne.

“In a time of great uncertainty and disconnection there have been some wonderful moments of togetherness and mutual support… the Gold Coast is quite a remarkable place. It’s a fledgling music scene but I hope to see it fly.”

With more recording on the horizon, we definitely haven’t seen the last of this rare musical troubadour.

Gold Coast country rockers Hinterland are an intriguing trio comprised of siblings Rachel and Robbie Bostock, and long-time friend and collaborator Jesse Mathes. Featuring Celtic vibes and even shades of pop, these exceptional musicians have taken Australia by storm, seemingly overnight, with their melodic harmonies, foot-stompin’ beats and wailing guitar and violin solos. Their 2020 debut EP ‘LOUD’ certainly made an impression on the scene, spawning three hit singles and knocking Taylor Swift, Billie Eilish, Keith Urban down the list to claim the #1 spot on the iTunes all genres chart.

Jesse muses on the local scene and the future of the group.

“We are very lucky to have some incredible venues up and down the Gold Coast. It’s been a really tough 18 months for all venues but the GC entertainment scene is a resilient one. Our council seems to be very supportive of events and keen to get things pumping again which is really awesome!

“We have had some wonderful support from our industry peers. Some folks volunteered their services to help us create our music videos – lighting, studio rental etc which was a huge help.

“We’re aiming to hit the stage for a few festivals, and we’re working on some new tracks for another EP for next year. The Groundwater Country Music Festival in November is going to be an absolute highlight for us.”