You can shoot a Marvel movie on the Gold Coast, or even a Pirates of the Caribbean instalment if that’s your thing.

Village Roadshow Studios’ status as a screen industry mecca capable of hosting the world’s most complex productions is common knowledge.

What gets less attention is the city’s buzzing network of boutique production facilities, where filmmakers and content creators produce high-end TV commercials and indie digital media.

And the number of spaces has grown rapidly in support of the Gold Coast’s expanding screen production capacity.

In fact, fresh data from QUT’s Digital Media Research Centre pegs the local screen industry as the fastest-growing sector of the city’s economy.

Operated by Dwayne Fetch, one of the east coast’s top surf/underwater cinematographers, Never.Ever.Studio is set up for filmmakers and photographers.

Fetch kitted the space out to meet professionals’ needs: easy access to makeup and change rooms, three distinct shooting zones, a turntable for product shots, plus loads of backdrops and vintage props.

Emerging local creators have used the studio for everything from band portraits to fashion catalogues, and Pacific Fair shot their 2020 Christmas campaign there.

Fetch repaints the studio’s 7x5m cyc wall after every booking, and also includes the best of his own lighting kit with each hire.

“Once clients see how we operate and look after them, we tend to get a lot of repeat business,” says Fetch.

Founder Matt McFerran, himself a videographer, built the new space on the same principles as his existing 180sqm Leda Drive studio – creating a facility he’d want to use himself.

He says e-commerce’s pandemic-induced blowup has meant about half of recent bookings come from fashion labels, with high-end TV commercial production making up the balance.

The space includes a big cyc, lighting truss, makeup and change rooms, as well as space to host clients.

McFerran also offers stills and video lighting and equipment packages, as well as a discount with nearby Fleet Lighting for more exotic gear.

11Past11Studio in Currumbin Waters is home base of experienced commercial photographer Masa Tanaoki.

He built the space five years ago for his own work, then started offering it for hire – along with a gear pack of studio lights and accessories.

Tanaoki says the space has been used for everything from campaign shoots for Dickies, Lulu Lemon and Supre to live YouTube comedy shows and social media content.

“Newer shooters are often used to working with natural light, but I’m around to help them work with studio lighting to achieve the look their clients want,” he says.

For smaller productions they offer a full range of gear hire (there’s enough firepower on Able’s shelves to shoot a feature film) and post-production, as well as access to their in-house studio space.

The studio features a cyc and green screen – flexibility enough for Able’s production arm to shoot most of NBN Television’s commercials there.

Audiophile Murtagh also has recording booths (with Source-Connect capability to link live with studios around the world) where actors from big-budget Village Roadshow Studios productions have recorded post-production dialogue.

Idris Elba, for example, recorded audio at Able for a BBC series while on the Gold Coast to shoot Thor Ragnarok.

Prompted by the pandemic, director Kim Ferguson funded the facility through Arts Queensland as “a way to move musicians and artists’ content online” when live gigging opportunities waned.

The soundproofed studio has mics, lights and camera built in, with creators able to produce their own work or book an in-house tech.

Mo’s also offer marketing and artwork packages to get content to the right streaming platforms. 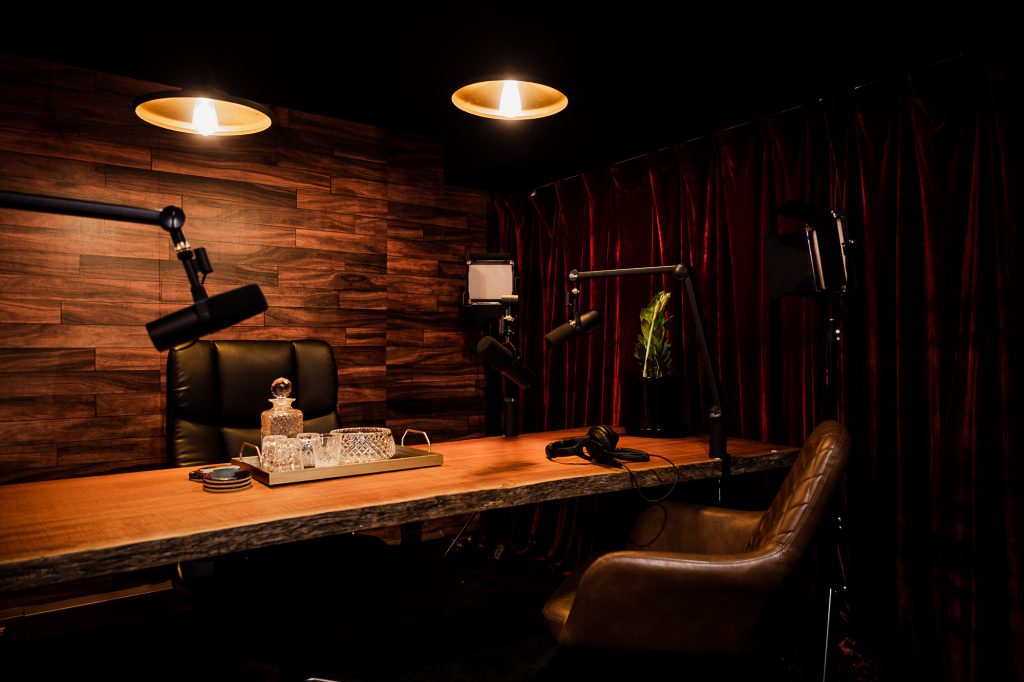 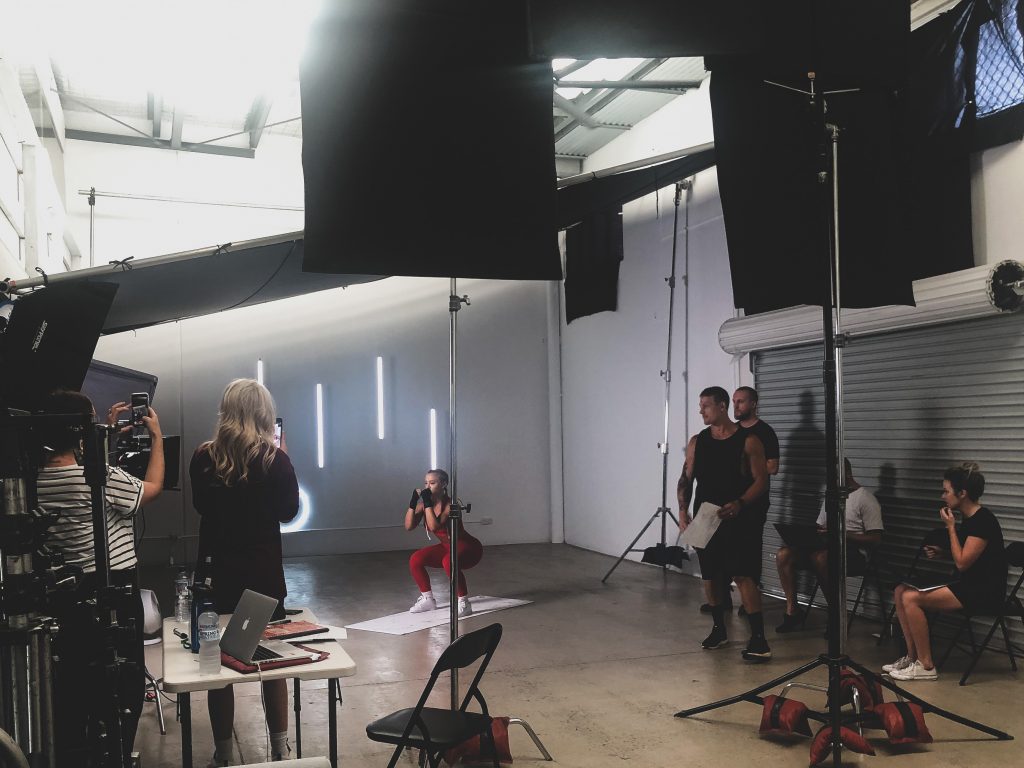 Running since 2017, the space has been used for music videos, commercial photography jobs and web content.

Creators can rock up with nothing more than an idea – The Communal House’s gear rental list includes cameras, gimbals, gripping gear including a motorised dolly, audio equipment and even an HD projector.

Hotel Miami was co-founded three years ago by Jessie Jones, Nick Atkins and Darran Franks, who wanted more space for their creative agency of the same name.

“We wanted a creative space to work from, we wanted a cyc wall and room to move,” says Jones, “then we saw how adding a co-working offering could help make it happen.”

The photo studio includes a cyc and the podcast room is soundproofed (it was previously a recording studio).

Digital marketing agency and Dust Temple tenants Lion Social regularly use the spaces, which are available for hire by externals too.

With the property in use by local content creators of all stripes, a podcast studio was the other logical inclusion.

Soundproofed and complete with mics, a mixer and a 50-inch TV monitor, the facility has recently been used by Master in Me, The Mateshop, Armenis Digital, Amber Hawken and Plastic Free Gold Coast.