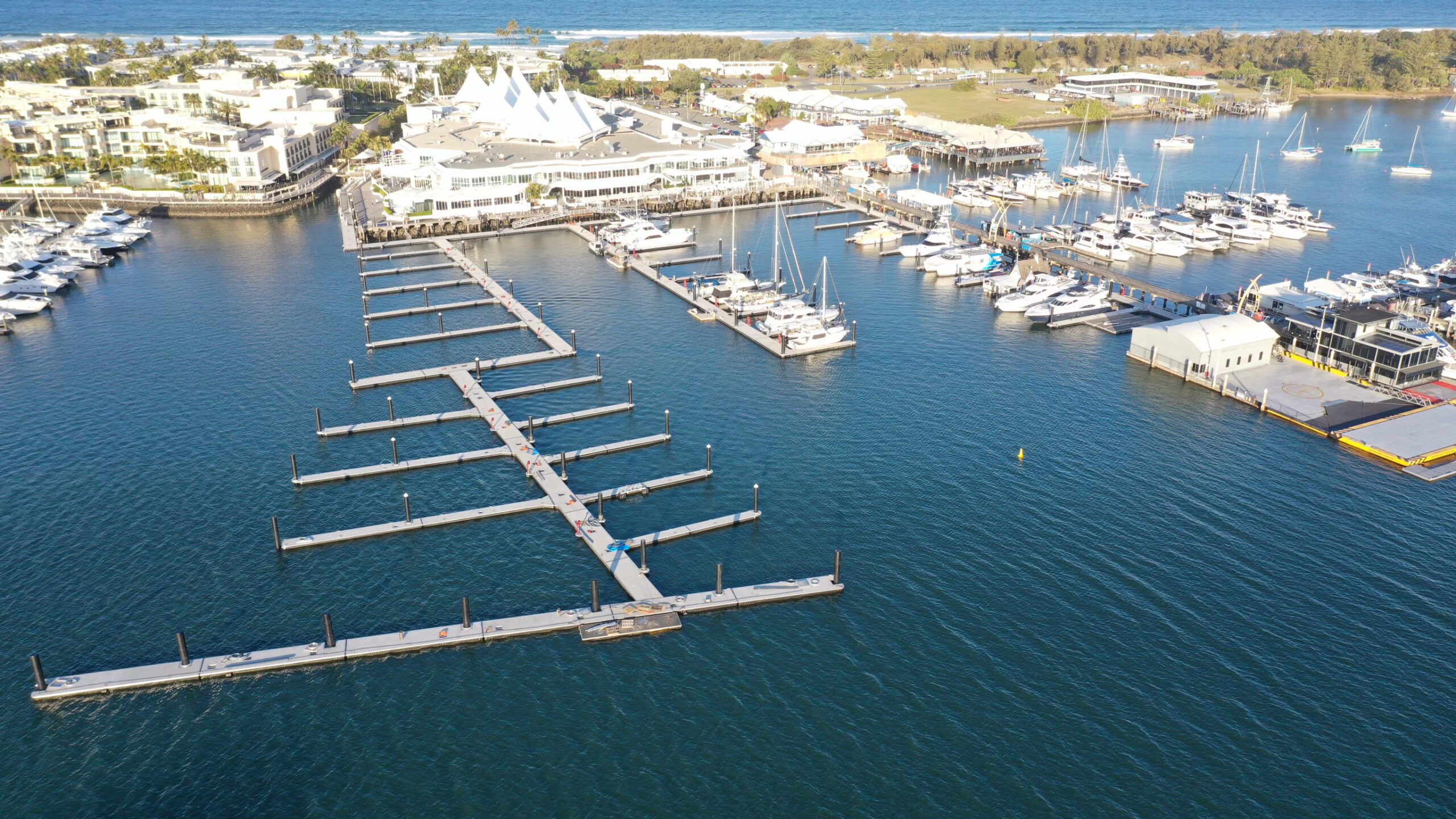 After redeveloping the marina at the iconic Marina Mirage on the Gold Coast’s Broadwater, marine construction company GCMarine has set sail to the South Pacific with a major contract for a superyacht marina in Fiji.

Based on the Gold Coast, GCMarine was contracted to design, supply and install a full turn-key marina for Fiji Nawi Island off the fast-developing tourist hotspot of Savusavu.

Under the $8.9 million build contract, the marina was constructed on the Gold Coast then transported to Fiji where it is expected to be a major attraction for the burgeoning array of superyachts that have taken to the seas amid a boom in the multi-billion-dollar global luxury boat industry.

GCMarine Managing Director Matt Browning travelled to Savusavu to oversee the installation of the marina.

He said the 130-berth marina, including 17 superyacht berths, had been designed to handle a Category 5 Cyclone and included all the amenities of a world-class facility.

“Freight and shipping to get from Australia to Fiji and then on to the other Fiji island has been quite a challenge, however local Fiji companies welcome the project and have been a pleasure to deal with,” Browning said.

“With Fiji being known for cyclones, it was imperative for the success of the project that a system was chosen to be able to be adapted for the climate there.”

Browning said the GCMarine system could be built anywhere in the world. The company had also completed projects in Papua New Guinea, Malaysia, Indonesia and New Zealand as well as across Australia.

However, it was the Marina Mirage development that bolstered the Gold Coast company’s profile, elevating its international credentials as demand continued to grow globally during the Covid health crisis, he said. 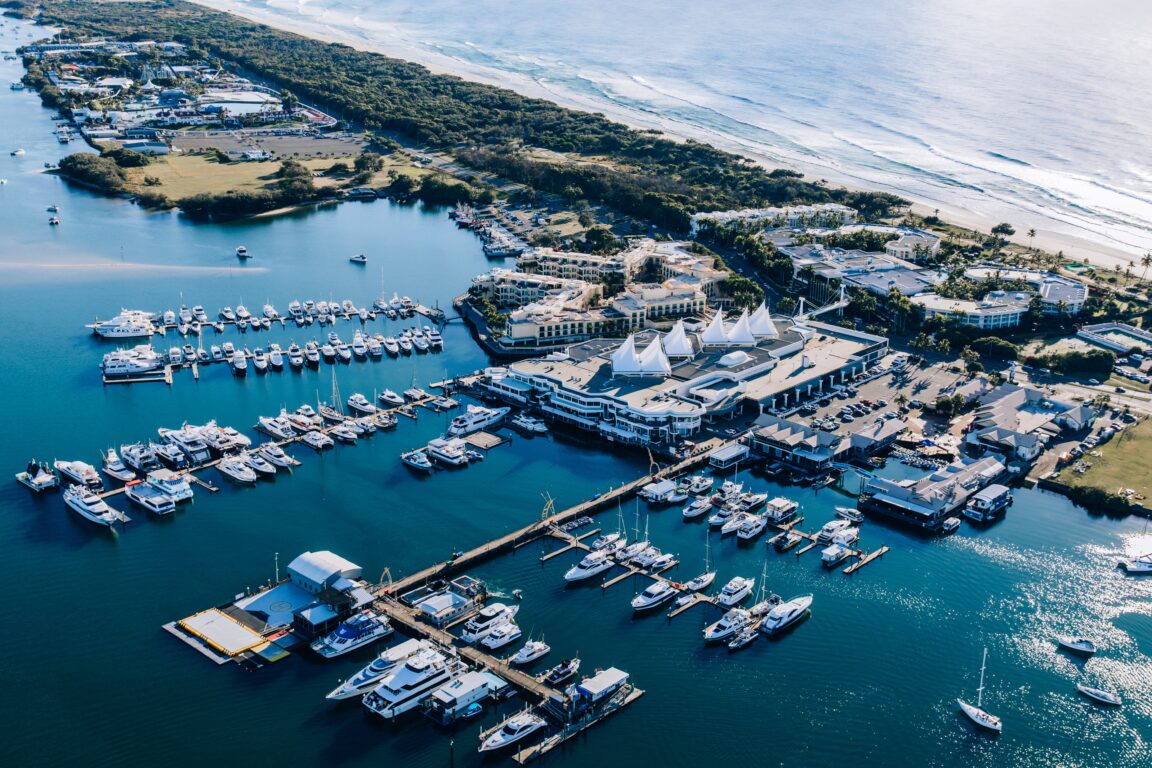 The Marina Mirage project included decommissioning, demolishing and removing the 77-berth marina, before designing and constructing the new marina that was completed and handed over in October.

“Having such an iconic project under our belt put GCMarine on a global scale as marina manufacturers with the in-house ability to design, develop and also deliver these projects,” he said.

“Our clients like that we are able to carry out the project from concept to completion.”

He said the growing reputation of the Gold Coast Marine Precinct, Australia’s premier boating hub housing 110 luxury boat and marina facility manufacturers on the shores of the Gold Coast’s Coomera River, was behind the acceleration of the local industry. Austrade and the Fiji High Commission had also supported the Nawi Island project, he said.