From Toto in the Wizard of OZ to Australia’s own Skippy, animals have starred in screen productions of all shapes and sizes.

And with the Gold Coast’s screen sector booming, the spotlight has landed on talented local trainers who make movie magic happen with the creatures in their care.

The region has a long history with animals on film – the US fantasy series Beastmaster and a reboot of the iconic dolphin show Flipper were shot here in the 1990s.

UK-born Paul Mander trained the star eagle on all three seasons of Beastmaster; it was his first job in the Australian film industry and he’s been based on the Gold Coast since.

“It’s amazing how much the local film industry has developed from then,” says Mander, who’s trained birds for several high-profile films, including the 2019 Storm Boy remake.

“And a lot of the crew I met back on Beastmaster are now working on big films around the country – I see them all the time.” 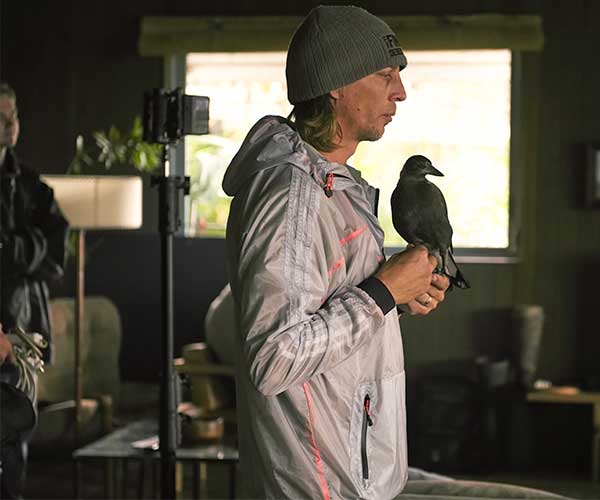 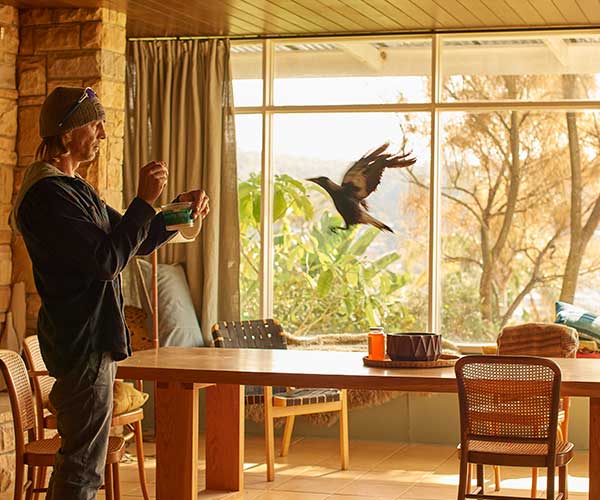 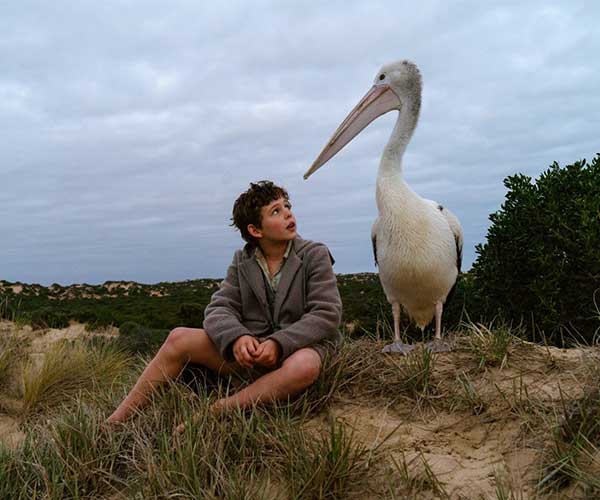 “The movie really showed off magpies’ clever and playful side,” says Mander, “it’s great to see that on film rather than them swooping cyclists.”

Mander grew up around birds – his father was an avid falconer – and the family hobby soon became a career.

Not long before his 1997 move to Australia, he trained a Snowy Owl and Snow Geese for David Attenborough’s Natural World series.

And to get his birds ready for action on a busy movie set (they can mistake fluffy boom microphones for prey!), Mander places film gear, and even a cardboard “camera” on a tripod, around his aviary.

Alongside film and television bookings, Mander runs the Broadwings Raptor Training Centre at Nerang, a property he shares with more than 60 parrots, owls, eagles, falcons, magpies and macaws.

He also set up the bird show at Currumbin Wildlife Sanctuary and helped design their Birds of Prey Aviary, alongside consulting work for most of Australia’s zoos and wildlife parks.

He’s even trained an eagle and owlet to fly down the aisle and deliver wedding rings.

Outback Spectacular’s Equine Manager and dog trainer Heidi Mackay got her showbiz break straight from high school – wrangling horses on the 1995 western In Pursuit of Honour.

At Outback Spectacular – Australia’s only live horse show – she and her “amazing” team look after 60 horses and a pair of red kelpies: Red and Oi.

Now mum to a (human) family, Mackay now picks and chooses her work in film and TV – which includes The X-Files and Beastmaster – but loves the unusual creative challenges of TV commercials.

On a big-budget 2019 commercial, one of her favourite horses – Pretty Boy – got to “race” a V8 Supercar along a closed-off street in the Brisbane CBD.

“And the camera car was racing next to him on the other side so we had to keep him extremely calm and focused.”

Trainers, Mackay says, often need to get creative and coax authentic performances from their animals, expressing emotion through a palette of trained actions.

For Penguin Bloom, Paul Mander used cute noises and “baby movements” from his winged stars to illustrate the growing love between Penguin and Watts’ character.

“When you cuddle a bird their eyes half-close, and Swoop – the baby magpie – would open his beak and show excitement towards Naomi to express a kind of motherly love,” says Mander.

Mackay admits to being “a total stage mum”, fiercely protective of her animals and proud when they hit their mark.

The two star red kelpies from Outback Spectacular live with her, and even on nights she’s not on site for the show Mackay makes sure they’re home safe and sound.

“I make sure they’re picked up and home safe every night after a performance – it’s just like having kids that work at Maccas!”