New film Occupation: Rainfall has wowed crowds at its premiere on the Gold Coast, ahead of bursting onto over 175 screens across Australia on 28 January.

Most of the action was filmed in sound studios in Helensvale in three massive sets which included a secret military base, a government installation and underground sewers.

“With Rainfall I said from the get-go I’m going to write what I think the film needs, no matter how ambitious it is,” says director Luke Sparke.

“We announced the sequel even before the first film (Occupation) was out … telling the world that Australians can make big films like this. We have the capacity, the crews, the talent, to tell stories on a huge canvas and to get those big stories on screen.”

Sparke says he’s quietly confident about the film, with its Australian sensibilities, accents and landmarks.

“I’ve done the best I know I can, with the time and money we had to do the movie. Without giving anything away, if you watch the end of Occupation: Rainfall, you’ll know whether we’re planning a next one.”

When Sparke isn’t working, he loves local family fun and enjoying some exercise.

“I’ve recently become a father so I like taking my daughter to the theme parks, and I love going down to Mermaid Beach for a run.”

“It was very well received overseas and here. Even though Occupation didn’t get as large a cinema release as we’d hoped, we still built up a fan following. The cast were in demand to come back and see where their stories went. Luke had the vision before Occupation came out that he was going to do a sequel, so it’s just taken on a whole life of it’s own.

“From Occupation to Rainfall, it’s a massive step up, across the board. The scale is on par with the way a Star Wars film is put together. The budget’s the only difference. We put it together on a shoestring.”

Occupation’s budget was about $6 million, while Occupation Rainfall’s budget is over $30 million. That’s around one ninth of the latest films in the Star Wars franchise, so Sparke Productions is punching well above its weight.

“We’ve hit a genre that’s very popular around the world, and big action is Luke’s specialty,” says Carmel Imrie. “We’re trying to fill that need in Australia for big action. It’s definitely got the potential to be Australia’s Star Wars.”

“It was so much fun, I got to be a big kid again,” says Tranter. “We did a lot of green screen work so I had to use a lot of imagination, pretend there were aliens and I was being shot, and things were happening behind me.”

Tranter describes the role of Amelia as strong and demanding. She’s an empath, who feels for the aliens, and bravely seeks a connection with the Alien Queen, played by Eliza Matengu.

“It was great not to be a typecast in this movie, it was really great role,” says Tranter. “When I was doing the character development, I had to really dig deep and do a timeline of what Amelia went through.

“It’s been two years since the alien apocalypse and they took over the Earth. I had to imagine: what does a young woman who’s leading the resistance army have to go through to get to where she is? What kind of emotions does she carry?

“How does she feel about that, what is the weight of it? Amelia thinks a lot, but she has a lot of hope. It feels like the world is doomed and the aliens are winning, but she carries hope and brings that to the film, that they can all co-exist together because they have a common goal, to live and survive.”

“I would love to live here, if I could. In daily life, I’m very low key. I work out, cook, walk my dogs. I’ve got a boxer and an Aussie bulldog. I just love their squishy faces.”

She hopes to return to work on a third Occupation film.

“If everybody goes to watch this there’ll be a sequel.”

Los Angeles based Australian actor Zac Garred was keen to return for the premiere of Occupation: Rainfall.

“I’m really excited,” says Garred. “I came back from Los Angeles for the premiere, so that shows my dedication. I had two weeks quarantine in a hotel room in Sydney to be here for the premiere. That’s how excited I am about this movie.

“Occupation: Rainfall is about five times bigger than Occupation and, as far as the narrative’s concerned, it’s absolutely colossal.”

Garred worked as both an actor and Associate Producer on the film. 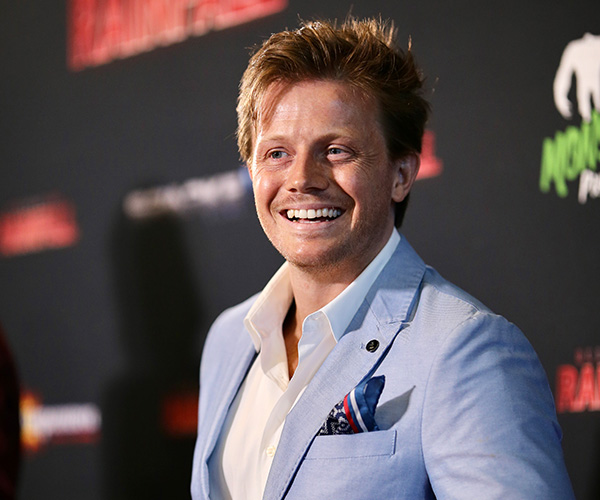 The premiere of Occupation: Rainfall 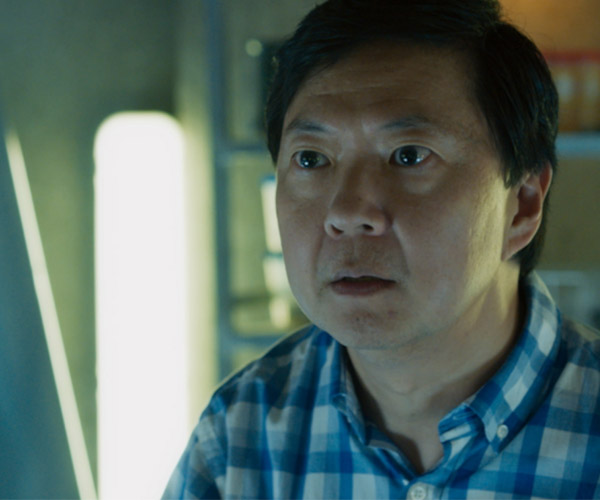 “Most of Occupation Rainfall was filmed in professionally decked-out sound stages in Helensvale. Where we were located was perfect … we did do some on-location shooting further out around Yatala for a couple of days, but mostly we shot indoors.”

“It’s a good way of keeping the film on schedule and also limiting the number of variables, wind and rain and things like that.”

Garred says an average day of filming on the Gold Coast varies, depending on what is required.

“The schedule changes from day to day. I’d have a couple of really busy days and then a couple of days off. I’m an associate producer on this film so there were some days where I’d shoot all day, then I’d have meetings with the producers and director as well. I help with the decision making process, provide my feedback and insight.

“If I have an early call time I’ll be up at three o’clock in the morning,” says Garred. “I go to the gym, train, and then get to work at about five. We’d shoot for twelve or fourteen hours and then you’d be home at 8pm in the evening.”

His favourite gym is E.M.F. Pacific Fair. On days off, he enjoys the Gold Coast’s chill vibe.

“Me and my mate, Dan Ewing – the lead in Occupation: Rainfall – would go to Kurrawa surf club for lunch during the day,” says Garred. “There’s nothing like that in America. It’s an Australian experience and a Queensland experience as well, having your schnitzel and a midi, looking over the beach. I love it.”

Garred expects to return to the USA shortly to wrap up filming Zero in Montana, a production which ground to halt due to Covid.

“I wrapped Occupation: Rainfall in December 2019 and went straight from the Gold Coast, where it was 32 degrees (Celsius) and I was surfing, to minus seven in Pennsylvania with snow up to your knees, to shoot Séance by Chris Kramer, an emerging horror-thriller director. It was an amazing experience – Yin and Yang.

“The Gold Coast is an incredible place, it’s got a great lifestyle, great weather, it’s really accessible. There’s a wonderful community element to it.”

Rights to screen Occupation: Rainfall have already sold to the US, with offers also made from distributors in the UK, China and Japan.

To catch the first film before heading to the cinema, look up Occupation, now showing on Netflix in Australia and the USA.