As a kid, Siala Robson made their own homemade cover versions of Biggie Smalls tracks.

Today, they’re tagged in videos of kids singing over their original song Other Than You, the powerhouse rap that branded them a breakout star of Nine’s new season of The Voice.

Robson’s song hasn’t even been commercially released, but fans have already ripped YouTube uploads of Siala belting it on the show to work with.

“I get sent videos all the time of kids jamming to it, singing it in their cars – even from fans in America,” says Robson.

“And when I was like eight I used to take the instrumental of a Biggie song and record my own raps over them and be like ‘OMG Mum listen to this!’”

The Tweed Heads creative, who’s currently prepping their appearance on The Voice’s Playoffs round, says Other Than You paved their way to a national audience.

“I sang it at the Brisbane auditions and when I met the producers again later they said they’d had it stuck in their heads for the whole audition tour,” laughs Robson.

They say the song was written in about 20 minutes after a breakup and plays as a battle cry for anyone trying to “break off from toxic people and toxic situations”.

“It’s for anyone who think they can’t get out of their position, or that they’ll never leave.”

Robson’s public about the family violence that fuels the anger in her music, but says they found headspace to tap softer emotions by writing (pen on paper – ‘it feels more authentic’) at the beach.

“Sitting at the beach writing lyrics was “me time”,” they explain. “Tweed Heads, Caba, Snapper Rocks – taking from these beautiful places, writing poetry and turning it into rap.”

The balance between a forceful rap and softer vocals is now becoming key to their emerging signature style.

“I put music out to empower, so I want an uplifting kind of sound,” they say.

“For me, singing is really feminine and emotional, and rap makes you feel strong when you’re weak – there’s a really nice different look on both.”

They remember some of that poetry emerging in a slow, heartfelt guitar song they wrote for their mother at 12.

“Family life was pretty hectic for me since I was 5, and I think by 12 I was able to process it a bit,” they say.

Take Me Away was written to open their mother’s eyes to their perspective on a violent household dynamic.

“The song was so dark,” they recall, “Mum was in tears when I sang it to her; it said things I could never verbally speak but it made her understand.” 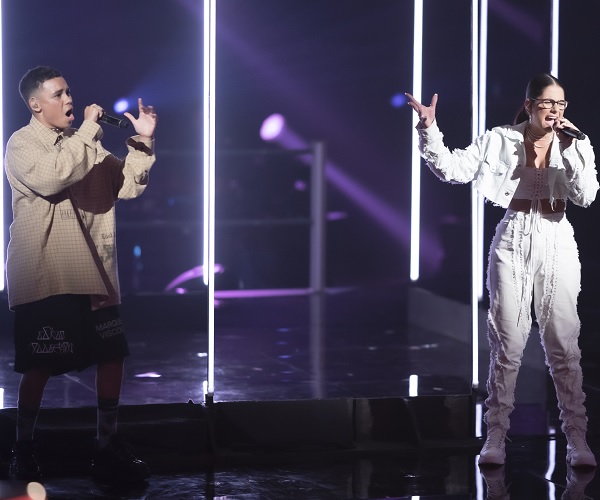 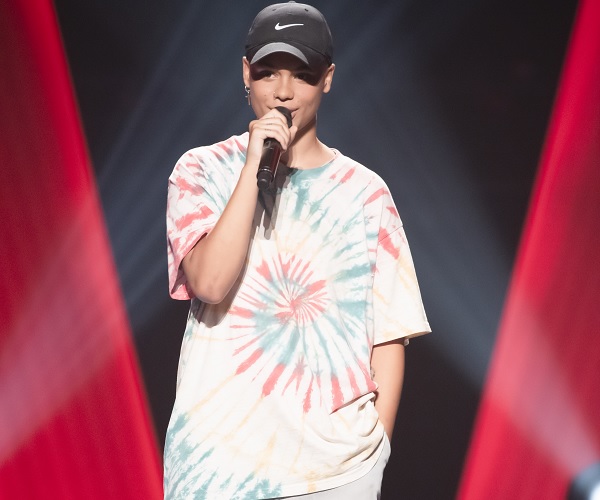 Siala Robson performing their original song, Other Than You, on The Voice. Image credit: Channel Nine 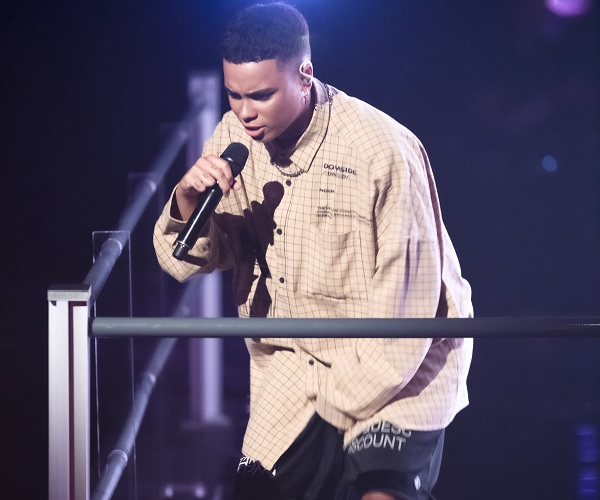 Robson, 18, emerged from a bubbling hip-hop underground at the southern end of the Gold Coast.

Formal gigs were rare, Robson instead MCed at parties and jams, and even busked now and then by Cabarita Beach and Byron Bay.

Robson describes a ripe underbelly of southern talent waiting to be discovered and, looking forward a decade, says they’d love to see a music scene built on connection and authentic self-expression.

“In 10 years from now I would love to see more young people outletting through their music,” says Robson, who namechecks Gold Coaster Jamahl Pascoe as a key collaborator.

“When we get together to make music and unite it’s like family, but there’s not that many kids that connect with each other.

“There are lot of lost kids around the area that are hell into music and I would love to see them put everything they’ve got into something positive.”

Siala Robson can next be seen on The Voice’s Playoffs on Nine, July 5-7.