Fantasy, action and adventure; Gold Coast is ready for its close-up

Hollywood careers of some of our most famous actors might never have taken off if it wasn’t for world-leading children’s TV producer Jonathan Shiff.

However, according to Shiff, perhaps the biggest discovery he has ‘cast’ is Queensland’s Gold Coast.

“The Gold Coast has an extraordinary amalgam of locations. You have the ocean, the Broadwater, the canals, Tamborine Mountain, and the hinterland,” says Shiff, whose productions include The Bureau of Magical Things, Mako Mermaids, Reef Doctors, The Elephant Princess, H20 – Just Add Water and Ocean Girl. “The Gold Coast offers the ideal tween/teen TV lifestyle – the cafes, schools, parks, the beaches – all of this sunny Australian Gold Coast lifestyle is hugely appealing. It’s the envy of the world.”

“The Gold Coast is more than just a place. It is a personality, it is a character,” he adds. “As important as any of the actors. It is a location full of life and vibrant lifestyle.”
Engaging stories, extraordinary production values, and visual artistry are synonymous with Shiff, who worked as a lawyer before studying film at Melbourne’s Swinburne University.

“After Swinburne I trained at Crawford Productions in Melbourne and started my business in 1988 after my daughter was born. I felt there wasn’t much for little children to watch. The choices were limited,” says Shiff. “I found children’s television a niche market for which I had a connection. I’ve had a great deal of pleasure being not only the executive producer of what I do but also the creative originator and script editor.” 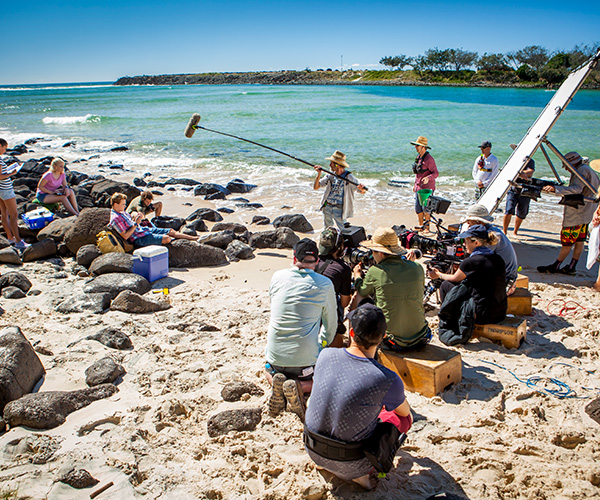 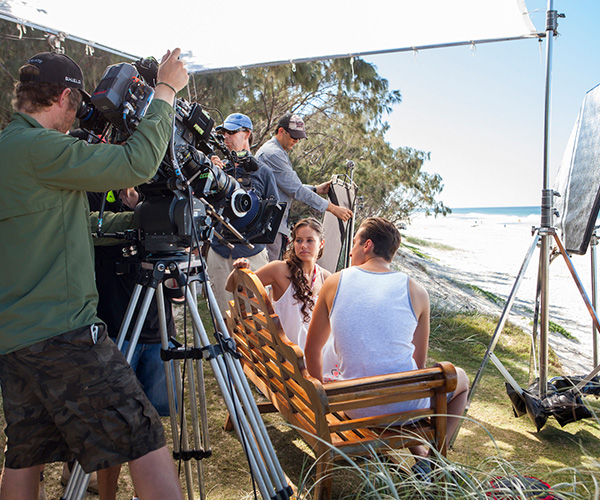 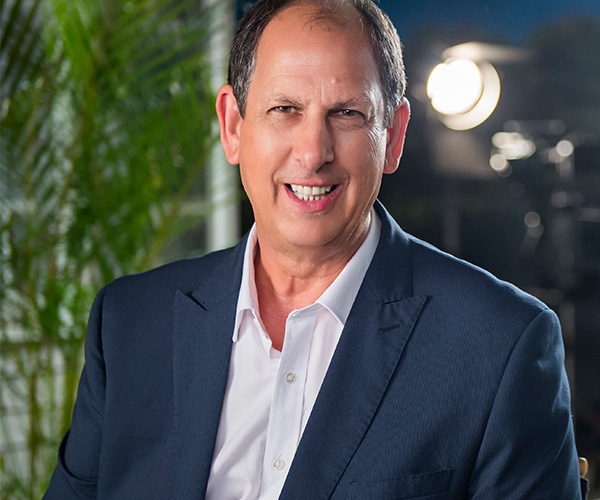 After 25 years in Melbourne, Shiff moved his production company to the Gold Coast, his ‘second home’.

“I live in Port Douglas where I do my writing, development, ideas, and creating but most of the filming takes place on the Gold Coast,” explains Shiff. “We do high-budget television. We’re out in the field, we’re on location, we’re above water and underwater. Some of our shows have some of the most ambitious production values in the world.”

“We’ve got to have a terrifically skilled crew. You can’t engage in high-end television unless you have incredibly good infrastructure and a first-class crew,” adds Shiff. “Our Gold Coast crews work on high-budget Hollywood movies, many had their training or formative years with us, so they always return. We are blessed with the facilities we have on the Gold Coast. It’s world-leading.”
Shiff cast Margot Robbie alongside Liam Hemsworth in The Elephant Princess in 2009 and knew immediately he was witnessing great talent.

“There’s something very special when you see extraordinary talent,” enthuses Shiff. “Margot Robbie was straight out of Somerset College in Robina but when we first met her, there was something special.”

“It’s often the case, where you do see a certain something in these young actors but we do ensemble casting. We have a group of five, six or seven young people in lead roles and they’re great ensembles,” says Shiff. “We don’t encourage star power, it’s very much an ensemble team effort but you do see certain people shine from the very beginning.”

Following a complete shutdown on filming due to COVID-19, Shiff is readying himself to get back to filming season two of The Bureau of Magical Things in the next few weeks.

“We were half-way through filming season two when we had to shut down. It’s an $11 million series and we’ve got another two and a half months of filming to complete,” says Shiff. “The first season won the 2019 Kidscreen Award Best New Series Tweens/Teens and the 2018 AACTA Award for Best Children’s Program so I spent 2019 writing 20 more half-hours for season two.”

“Whilst there will be certain protections and protocols, the focus will very quickly move back to the creative, the acting, the performances, the camera, the lighting and the fabulous locations we enjoy.”

This was originally published on AAP and has been produced in collaboration with City of Gold Coast.

Chinese filmmakers find opportunity at last on the Gold Coast