Two Gold Coasters received the opportunity of a lifetime when a work placement landed them in the offices of one of the biggest names in Hollywood.

Largely based on the Gold Coast, BAZMARK takes advantage of the incredible production opportunities presented by our vibrant city.

From humble beginnings in the late ‘80s, Gold Coast’s film industry has grown into into a sector capable of mounting some of the largest films made anywhere in the world. With an abundance of experienced film professionals boasting international credits on Oscar-winners and blockbusters alike, the largest sound stage in the Southern Hemisphere and a unique and biodiverse geography for shooting locations, Gold Coast has definitely proved it’s the ultimate one-stop-shop when it comes to film production. Even Baz Luhrmann calls it “the new Hollywood”.

With Eleea and Jordan helping out on the BAZMARK socials team for such momentous happenings as the 25th anniversary of Romeo + Juliet and the world premiere of the new Elvis flick, we gathered their thoughts on the rollercoaster of a year they’ve had in their placements.

Firstly, tell us a little bit about your background and how you came across the Professional Placement Program?

ELEEA: I am an independent singer-songwriter and have worked in travel and entertainment content creation and journalism since finishing high school. I spent a bit of time performing, solo backpacking, working as a content creator and travel journalist and working at an animal shelter.

After finishing my public relations and journalism degree, I heard about the Professional Placement Program from Gold Coast City Council and completed a three month attachment with boutique PR business, Kitty Kitty Bang Bang. I continued working in that role for two years and became a senior publicist, before the business went on hiatus and I started my own, The Big Note Co.

I then completed a short Professional Placement with APRA’s Songhubs, which was a fantastic networking opportunity. When I started at Bazmark, I was working in my own business, managing the PR, social media, digital marketing and marketing for the 2021 Gold Coast Music Awards.

JORDAN: As an emerging filmmaker and multidisciplinary artist I came across the City of Gold Coast’s Professional Placement after being asked by a fellow artist who invited me to apply. I had recently been exploring digital storytelling as a medium in my current artwork and thought this placement might be able to steer me and my skills in the right direction. At the time, Bazmark was not listed on the application. However, it stated the company worked across opera, film, television, theatre and fashion. I thought it would be advantageous to apply for a company that worked across all artforms. At the time I was at a point in my career to explore different artforms based on the fundamentals of my own filmmaking practice. The process of applying was simple. As I always say, you gotta be in it, to win it.

What was your first reaction when you heard you’d be joining Bazmark Inc?

ELEEA: Excitement! The company wasn’t disclosed until the second interview stage, so I did a lot of research and preparation in the 24-hours I had between learning the employer’s name and having the final interview with Baz Luhrmann himself.

I’d never worked in the film industry, aside from some acting, so I was a bit nervous. But I knew my skills and experience would be transferable, plus Baz and the whole team were really welcoming, and I instantly hit it off with Jordan (also hired through the Professional Placement Program), so I knew I was in for exciting times ahead!

JORDAN: My first reaction was shock! I was standing in the middle of Bunnings where I work when I received the call. I was with one of my best mates, who could hear the exciting news on the other end of the phone. After the call, I stood there taking in what this life-changing placement might do.

What’s it been like to work on global screen projects while still being able to live on the Gold Coast?

ELEEA: Tiring at times, as it means I’m posting on global time zones, often at 11pm or 3am. But it’s also been incredibly interesting and educational to delve into the archives of Bazmark’s past projects across film, theatre, opera and music, and also immerse myself in Elvis as the post-production of the film was happening around me.

JORDAN: As an artist, I always thought I would have needed to leave the Gold Coast to find work or gain any form of work experience. However, since finishing university, I have had the privilege of working on some exciting projects on the Gold Coast including: Commonwealth Games Gold Coast (2018), ABC TV series Reef Break (2019), Harrow (2020) and Gold Coast Film Festival. Working on these global screen projects has been a milestone in my emerging career. 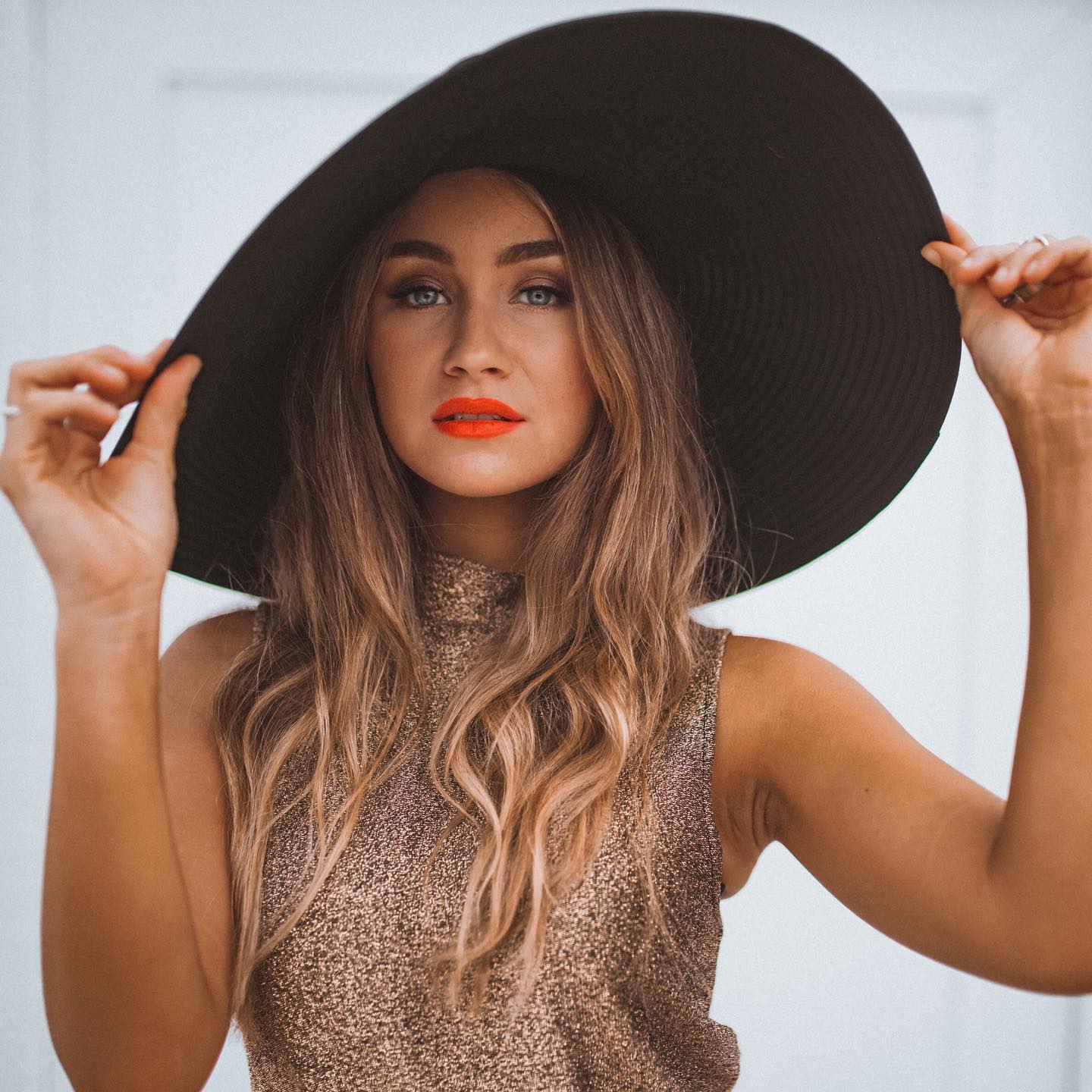 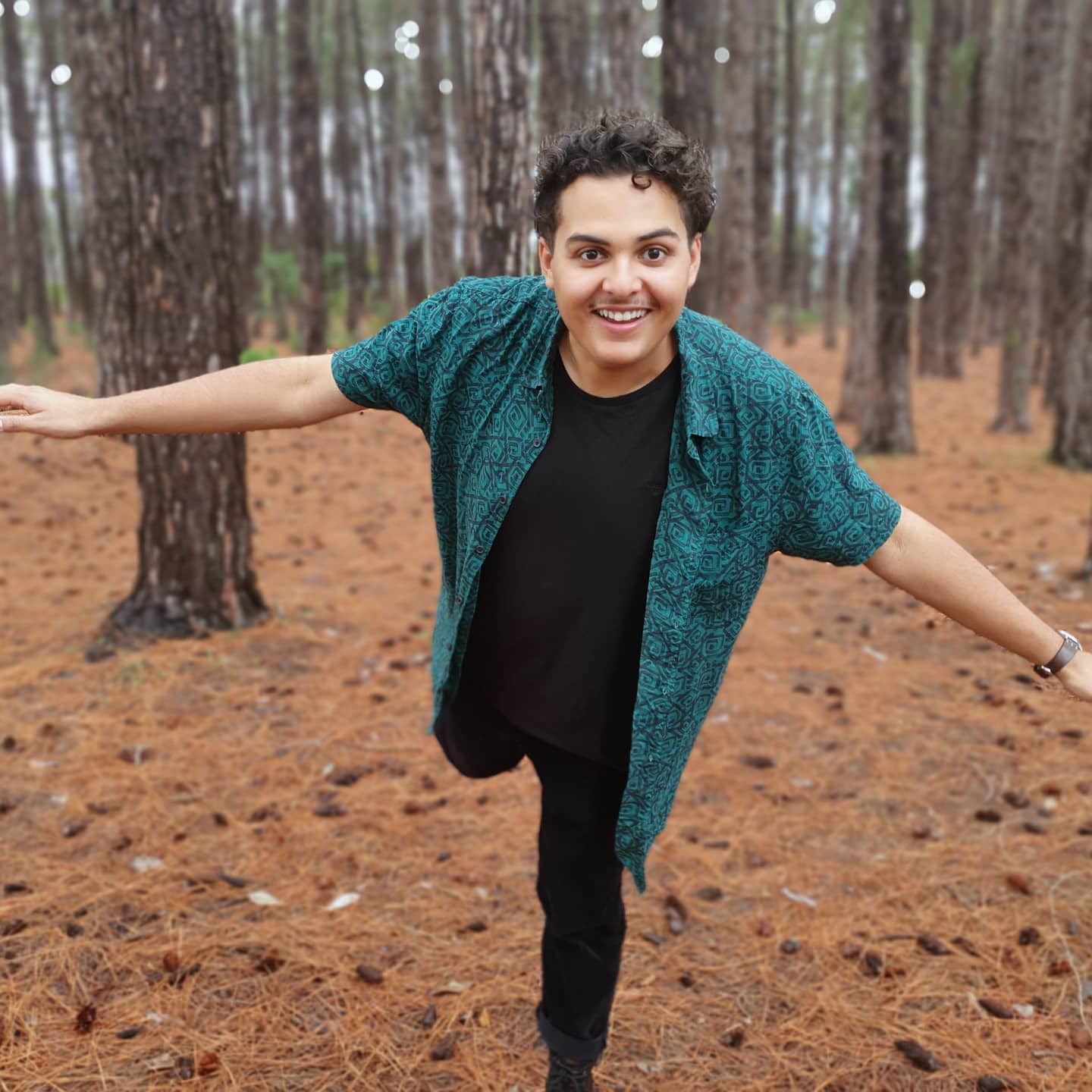 Have you had any starstruck moments throughout your time with the company?

ELEEA: Everyone in the post-production office was at the top of their field, but they were all so friendly, it never felt intimidating. Though I did have a bit of a tongue-tied awkward moment with Catherine Martin (Baz’s wife and chief collaborator, who has also won four Oscars for costume and production design)…

She complimented me on my pants, which were a red velvet leopard print pair – a print synonymous with CM’s wardrobe and interior decoration style. I was so touched by the compliment, I excitedly said, “Thanks! I thought of you when I put them on!”. She just smiled, but I still can’t believe I told CM that I thought of her while I put my pants on…

JORDAN: Working with Bazmark has had a range of exciting moments that are hard to pin down. As you could imagine, the placement was a whirlwind of creativity and multiple projects at once. I guess a starstruck moment was being able to collaborate with multiple creative companies such as the National Film and Sound Archives of Australia, Warner Bros, Vogue USA and Forbes Magazine. Oh and that one time Baz Luhrmann called Madonna.

What has been one of the standout moments so far?

ELEEA: Working so closely with Jordan in our own little Social Team and seeing the international reactions to our social media campaigns was really gratifying. I feel that I’ve made lifelong friends in the office and am really proud of the work we put out and how far it reached.

Posting the world premiere of the trailer on Baz’s account was probably the single most exciting moment of my career. It was an intense week, working in the office by day and staying up all night to post the teasers at 3am.

On the night of the trailer drop, I got back into the office at midnight to prepare everything for the 4am post, when Baz, CM and a few other key people arrived unexpectedly. After watching the project come together in the post-production office over the past months, the energy was just electric as we saw all of the positive media and online reactions to the trailer in real time.

JORDAN: The standout moments at Bazmark have been the ability to catch myself thinking how exciting it has been to work with all these creative individuals and the connections I have made. As a born and raised Gold Coaster, it was great to see the large group of us Gold Coaster’s working on this project. It was a pop-culture creative powerhouse and being able to work alongside these esteemed artists was indeed a highlight of my career. I think the biggest takeaway isn’t so much the prestige of working at Bazmark, however, is the strong local connections I have made and what we as artists can collaborate and work on in the future.

Do you agree with Baz that the Gold Coast is ‘the new Hollywood’?

ELEEA: I definitely think that the Gold Coast and Hollywood – particularly Hollywood in the early days of film – have a lot of similarities and that the region has the potential to be the film capital of Australia, however, I like to think that it will always have a certain Aussie point of difference about it.

JORDAN: I have to admit, the Gold Coast is in a stage of renaissance where we are able to showcase and show what our local creatives have to offer, and Baz has been able to see that while he has made Elvis here. I agree that with the right support and funding, the Gold Coast can become a powerhouse of creativity that the world will want to share in.

What’s the best piece of career advice you have been given during your time at Bazmark?

ELEEA: Baz always says “Don’t let anything get in your way”, which I’ve certainly applied to the all-in mentality I’ve given to this role. But more than anything, I’ve learnt by some of the examples I’ve seen set in the office.

Despite being the busiest people I’ve ever met, Baz and CM are always very warm to everyone and take the time to ask you how your day is, give you praise and celebrate special occasions. In some of the busiest times, CM would bring in a home baked cake or the team will go out for lunch together. Everyone really supported each other and took the time to make your day, which I really appreciated.

JORDAN: While working at Bazmark, Baz sat me aside and we discussed what I wanted to do in the future, as in career goals. And I told him that I love being a filmmaker, however, I am attracted to all artforms and not sure where that leads me, when I am looking in all directions. He told me that being a filmmaker is one of your passions. However, you are a natural born storyteller. Now all you have to decide is what artform best fits that story and go for it.

Where do you see yourself in 10 years time / what is your ultimate career goal?

ELEEA: I love social media, marketing, PR and journalism, and I think these skills will always contribute to my career, but ultimately I see myself combining my passions for music and travel as a touring singer-songwriter. Who knows, maybe I’ll even feature on the soundtrack of Baz’s next movie – wouldn’t that be a full circle moment?!

JORDAN: It’s hard to say where I will be in 10 years, I try to see it in short term goals. All I know is that I am a storyteller and I will go where the stories take me. I have recently branched back into theatre directing and have enjoyed where I sit amongst directing my own projects now. In the next few years I hope to get my own webseries off the ground and possibly work between experimental video, art installation, music, fashion and theatre. I will see where the wind takes me. For now, the Gold Coast is still home and I will relish in what I and the place has to offer.

The next wave of the Professional Placement Program is open now and all the information can be accessed here. Successful candidates may get the chance to get their foot in the door with established organisations as HOTA, Footstomp Music and Miami Marketta, to name a few.