In 1938, O’Reilly’s Guesthouse and Binna Burra Lodge celebrated the opening of a walking track that linked their two pioneering, eco-tourism ventures through the magnificent rainforest of Lamington National Park, long before any marketing genius had dreamed up the buzz term “eco-tourism”.

When five brothers took up a 100-acre (40-hectare) allotment of land for dairy farming back in 1911 in the midst of what is now Lamington National Park, they could have had no idea that they were laying the foundations to a beloved institution that would still be thriving nearly a century later.

The story of O’Reilly’s Rainforest Retreat is a remarkable tale of bold pioneering spirit, old-style country hospitality and an enduring family vision that has been passed on and shared now for four generations. 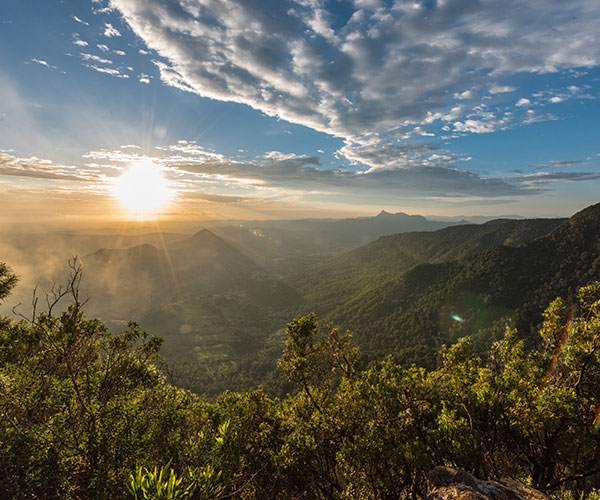 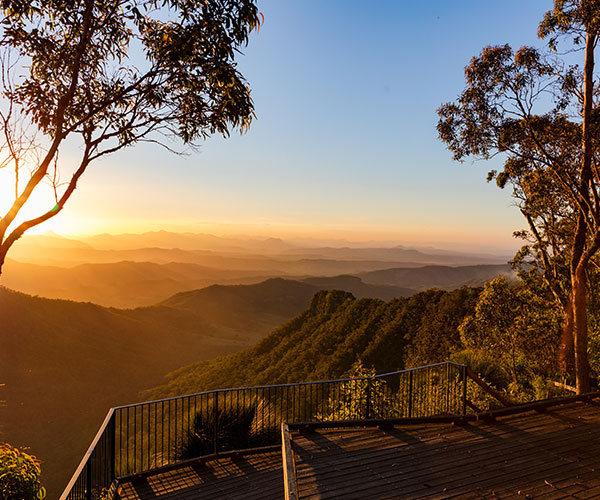 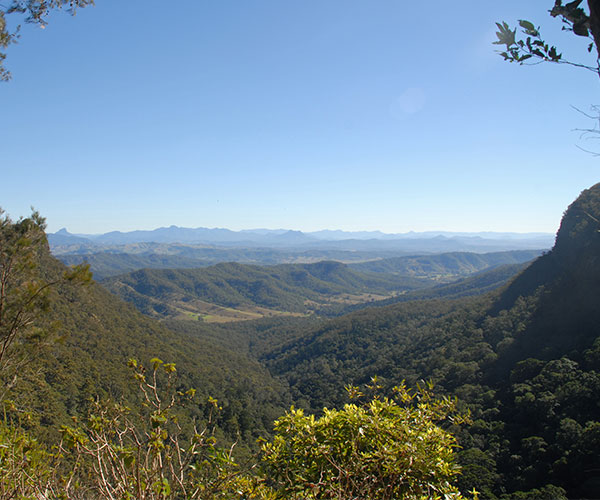 The five brothers – Tom, Norb, Herb, Mick and Pete – came from sheep properties in the Blue Mountains in NSW, lured north by the Queensland government’s sale of allotments of pristine rainforest on the condition that they be cleared and run as dairy farms to promote agriculture in this largely undeveloped corner of the colony.

They were joined by their cousins Pat, Luke and Joe in their bold endeavour. Only Tom and Luke had inspected the landed previously – for the rest it was a leap into the unknown. The land was remote, difficult to access and 1000 metres above sea level but the O’Reilly boys must have liked what they found as they set to work fulfilling the conditions of the sale

“They paid 35 shillings an acre for the land, paid off over 30 years at 5% interest,” recalls Peter O’Reilly, the second generation to call the mountain home. “You had to clear the land and earn your living from dairy, grass it, and build a residence.”

But it wasn’t long before the growing stream of visitors from surrounding districts awoke the O’Reilly’s to another business opportunity their unique and scenic location offered. In 1915, the surrounding mountainous rainforest region was protected as the Lamington National Park. The opening of the Stock Yard Creek Track running down the mountain into Kerry Valley began enticing day trippers to this natural wonderland of waterfalls and ancient towering trees. And its remote location made dairy farming a tricky proposition.

“Cream was taken down the mountain on horseback but they had butter when they got there instead of cream and they got less for it,” recalls Peter O’Reilly.

By 1917, the O’Reilly lads were joined by the rest of their extended families and the uncertain returns of dairy farming were always going to struggle to feed all those mouths. At the same time nature-based tourism was on the rise.

“People started coming up from the valley to see the place … It was Tom’s idea to build a guest house,” says Peter.

The O’Reilly’s built their own sawmill to cut timber to build the guest house. All other building materials and supplies had to be brought up the mountain on horseback. The first guest house was opened in 1926. An advertisement in 1929 proclaims, “Only accommodation in this Great Reserve … 47,000 acres of Mountain, Ravine, Jungle and Waterfall, 4100 feet above sea level.”

Meals and lodging were offered for 10 shillings a day or three pounds a week, including “butter, milk, eggs, poultry, vegetables, fruit, etc from the farm.” Visitors were brought up the mountain on horseback. “There were a lot of adventures, that’s what people liked about the whole deal, I think,” says Peter. “Young people would come up for long weekends.” Just like the Coolangatta guest houses that flourished around the same time, weekend romances were common amid the rainforest as well as the beach.

But it was tragic plane crash and the miraculous rescue mission it inspired which truly put O’Reilly’s on the map. The Stinson was a passenger plane that flew between Sydney and Brisbane via Lismore for Airlines of Australia, which went missing in bad weather over the MacPherson Range in 1937 with five passengers and two pilots aboard. Bernard O’Reilly believed he could locate the wreckage and spent two days hiking through dense rainforest to find the two survivors and get help.

One of the original five O’Reilly brothers, Mick, left the family business early on because he wanted to continue dairy farming, married a dairy farmer’s daughter and moved to Maleny. But in the early ‘50s he was drawn back to the business after it floated as a public company and struggled financially.

“Early in the ‘50s Mick put an offer to the family that they pass over their shares to him and he’ll come back and put money into the business and essentially save it,” Mick’s grandson and current managing director Shane O’Reilly recalls. “Mick went around and managed to buy back all the shares and de-listed it and made it back into a private company.”

The second generation of O’Reillys, Mick’s sons Vince and Peter, took over the running of the guesthouse in the ‘50s and helped the business thrive. “They both married and put homes on the site and we were born there. The business is still owned by those two families,” says Shane, who enjoyed an idyllic childhood in this natural wonderland. “The same families would come back each year at the same time. You got to know who was coming in July and September holidays. As mountain kids we looked forward to it. We did a fair bit of walking as kids, that was good. There were a lot less rules and things in those days. We’d ride our bikes along national park pathways.”

A bus and then an ex-army, amphibious four-wheel drive jeep were introduced to bring guests up the mountain. But the renowned O’Reilly hospitality remained the same. “Everyone on the mountain came to see the bus off. People got a really great send off,” says Peter. “I started to organise guests, taking them for walks. Vince liked to add up the figures. We got on so well it was amazing. It was so good that we were so different.”

Peter O’Reilly has now retired to the coast but he still harbours fond memories of his time on the mountain, despite the hard, physical work of the times. “They were really good, those early times. People sat together at different tables and got on well together and went walking together. We killed a beast each week for meat. I was the butcher for years. We cut all the wood with a cross cut saw for firewood and for the showers and stove,” he recalls.

Most of their guests came from Brisbane and its surrounds but trade was quiet in Winter. “We used to have a ball during Winter because there’d be no one here much. And then the Victorians found us,” he says.

A network of walking tracks through the national park catered to a growing taste for bushwalking and the purchase of a four-wheel drive bus improved access even in bad weather. And in 1978 Peter founded a bird watching club that is still going strong today.

In 1986 Peter led the construction of Queensland’s first tree-top walk that allowed guests to walk through the rainforest canopy via a series of suspension bridges that proved so popular it was extended in 1987. “There were not many around the world. I just wanted to do it. I used to climb trees, I thought it would be lovely to get people up there,” says Peter. It cost a grand total of $25,000. “People donated all sorts of things for us,” he says.

Through it all, the business managed to grow and prosper. “We made a profit each year, we had a ruddy good accountant, Ron Ramsay. We asked him before we took anything on. Now his son’s our accountant, Brian Ramsay. It’s always good to have those associations,” says Peter.

Those long-standing relationships typify the family business. “We’ve got visitors’ books up there that go back to the 1920s. We get people who come now and say, ‘My parents came here for their honeymoon,’ and they find them in the visitors’ book,” says Peter. 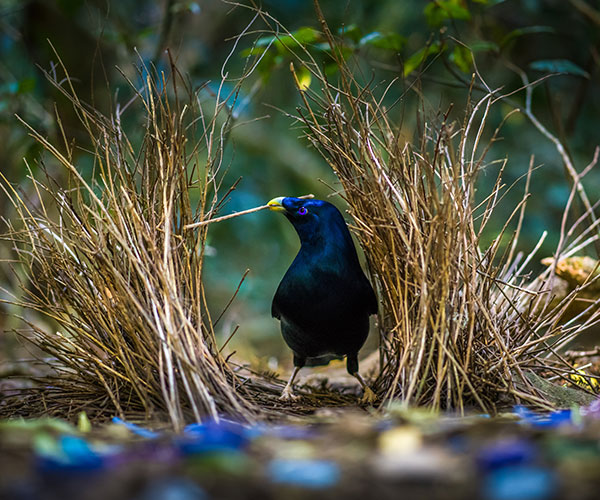 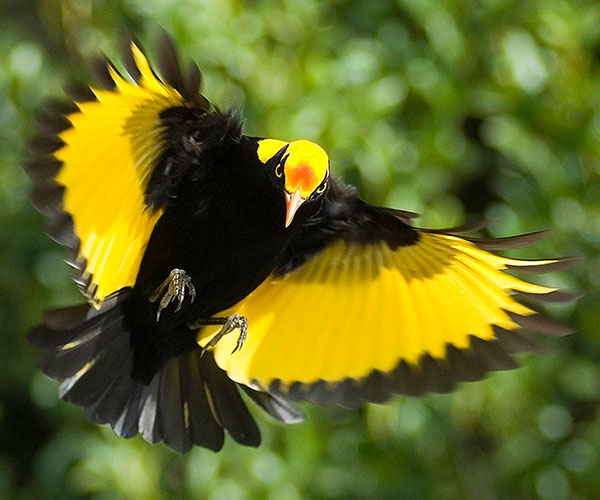 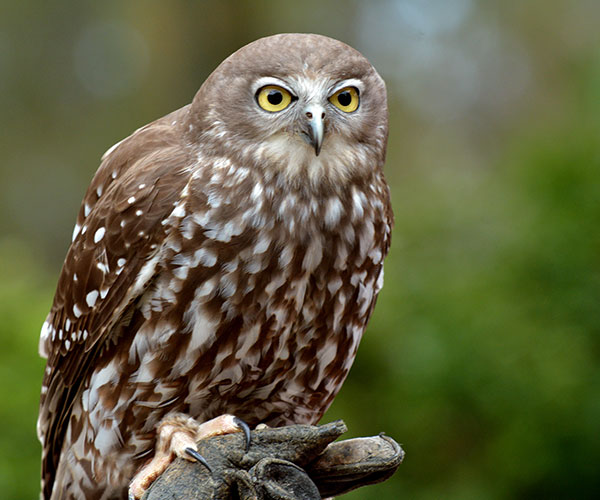 In the ‘90s, Shane O’Reilly took over the running of the business, after gaining experience in a wide range of hotel and hospitality businesses in Australia and internationally.

“My aunties and uncles and parents were running the business the same way they ran it in the ‘60s. It was going really well but they weren’t enjoying it,” says Shane. “I put the idea to come back and manage it for them. They could still work in it and do what they wanted to do. I thought, we’ll try and professionalise it and bring more people in. We hired chefs for the first time but my uncle would still carve the meat every night.”

Uppermost in Shane’s plans was affording the previous generation a comfortable retirement. “My parents had worked there from the ‘50s and never taken a dividend. They put everything back into the business and they were facing retirement and had no retirement funds,” he says. “We put in place a financial plan over the next seven years – we could really push the business further and generate enough profit for the two couples to leave the mountain if they wanted to and have enough to retire. We set dates for their retirement and they retired on those days. We were able to run the business really well, with good profits.”

Their main market had been retirees and return customers and through the ‘90s they began marketing to international guests. “When I started it was 3 to 4% of the business. At one stage it was 30%, now it’s 20 to 25% international,” says Shane.

In many ways, the business has succeeded by evolving with changing times while retaining the timeless elements that keep people coming back. “It’s definitely evolved. Our three most popular activities are the glow worm walk, the flying fox and the Segway tours. The glow worms were there in 1926, and we’re still taking people there every night to see them, that’s a great story of sustainable tourism. The Segway and flying fox didn’t exist 20 years ago.”

In other ways, changing social habits suit the business perfectly. “Instagram was invented for a business like ours. With waterfalls, rainforest, it’s so photogenic, our business and sales and marketing is social media,” says Shane.

The decision to open Canungra Vineyard 20 years ago has proven its worth during difficult times and is now paying dividends. “It’s thriving, but it took 20 years of making losses, it’s absolutely going gang busters,” says Shane.

When the wild weather generated by the remnants of Cyclone Debbie washed out the Lamington National Park Road, forcing its closure for six weeks and requiring two years of roadworks, the Vineyard came to the rescue.

“After six weeks there were still no buses for the next two years while they fixed up the road. We had a period of two and a half years that was very constrained trading,” says Shane. “The Vineyard, for the first 20 years it didn’t do anything and then when you really needed it, it did all the things you needed it to do. That was a great thing.”

Through floods, fires, cyclones, plane crashes, changing times and social habits, the simple act of welcoming travellers and immersing them a world of natural beauty and country hospitality seems destined to never go out of fashion.

The re-birth of Binna Burra

Five ways to contribute to conservation on the coast