The revitalisation of Miami

Sandwiched between Burleigh and Mermaid Beach, Miami is a small suburb with big energy.

Once an industrial hub housing panel beaters, trade businesses, warehouses and storage sheds, the area is undergoing an evolution that has seen it become a go-to for Gold Coasters. They come for the cafe culture, artistic undercurrent, laid back lifestyle and refreshingly authentic feel of the place.

Miami has a colourful history, starting off as a military base in the early 1900s, then morphing into a holiday destination in the 1920s with wooden and fibro beach shacks providing beachside accommodation for holiday makers from Brisbane.

At the end of WWII, many army buildings were left abandoned and with good quality building materials in short supply, the local community used the resources available.  Many of the postwar homes, shops and holiday flats were built from recycled military buildings. This influence is still evident today in the older, industrial architecture that is common around the neighbourhood and has been referenced in the aesthetic and fit outs in many of the current commercial businesses.

In 1944 two old army huts were repurposed to house the Miami Ice works – a cultural landmark that remained an icon of the area until its demolition almost 70 years later. Miami was also home to the Gold Coast’s first theme park, Magic Mountain, and sporting complex and world-class skate park, Pizzey Park. But until the last decade or so, Miami was mainly a residential and industrial neighbourhood, without much to offer in the way of cafe/dining/culture. Things have changed for the better.

Nowadays, the neighbourhood has been given a new lease on life as a bustling urban hub. There are cafes, restaurants, art spaces, creative workshops, music venues and food markets to name a few.

Dylan Nesbit is director and co-owner of Daymaker Espresso in partnership with Andrew Madgwick. Both are veterans of Gold Coast hospitality cutting their teeth at iconic GC cafes like Elk, Paddock Bakery, Barefoot Barista and 52 Espresso. Dylan says it was an easy decision to set up shop in the area and they committed to the cause by signing a six-year lease. 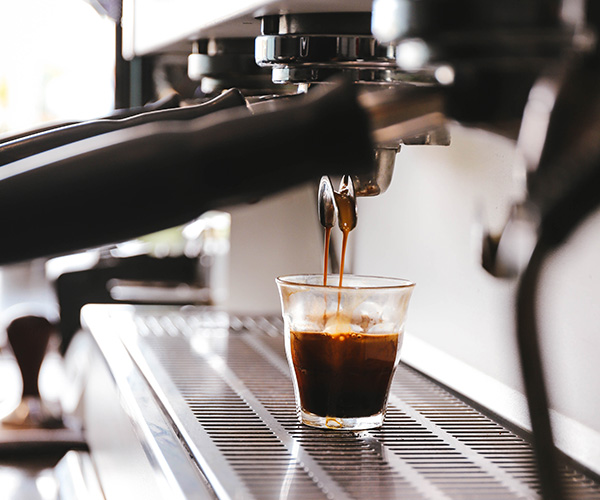 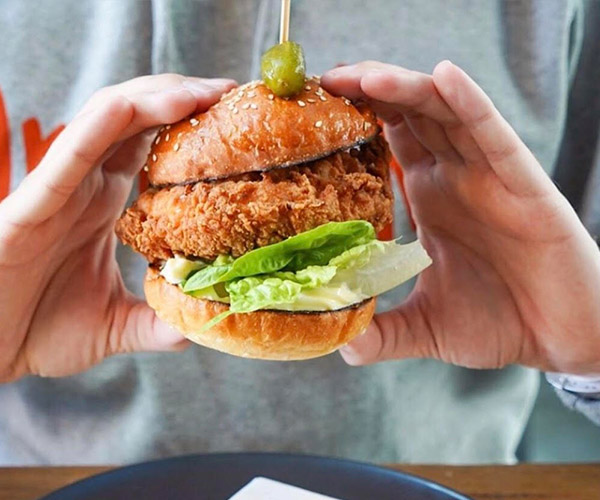 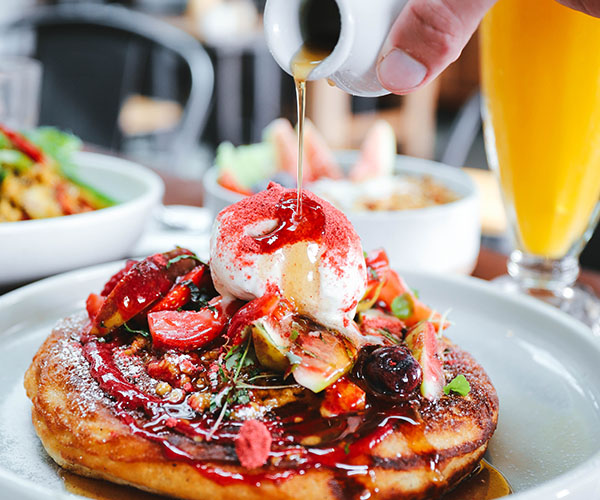 “We chose Miami as a location because it had the highest property demand out of anywhere on the GC. There are multiple residences and other local businesses surrounding the area so it’s a great spot to be able to flourish alongside other businesses and help support them where need be.”

“There wasn’t really a strong cafe culture here a couple of years ago. We thought there was a hole in the market where we could place our years of experience into creating a space that oozed incredible speciality coffee and wow factor menu, while keeping it super affordable.”

Daymaker has become a firm favourite with the locals and according to Nesbit, it’s one of the best things about their location. “The locals are what make Daymaker thrive each and every day. We have continuous support and have developed incredible friendships in the almost two years we have been open.”

This support will now be more valuable than ever to Daymaker and other hospitality businesses mentioned in this story, who have been impacted by Covid-19.

We look at an eclectic array of local establishments generating buzz and adding to the undeniable appeal of this humble, but decidedly happening suburb. 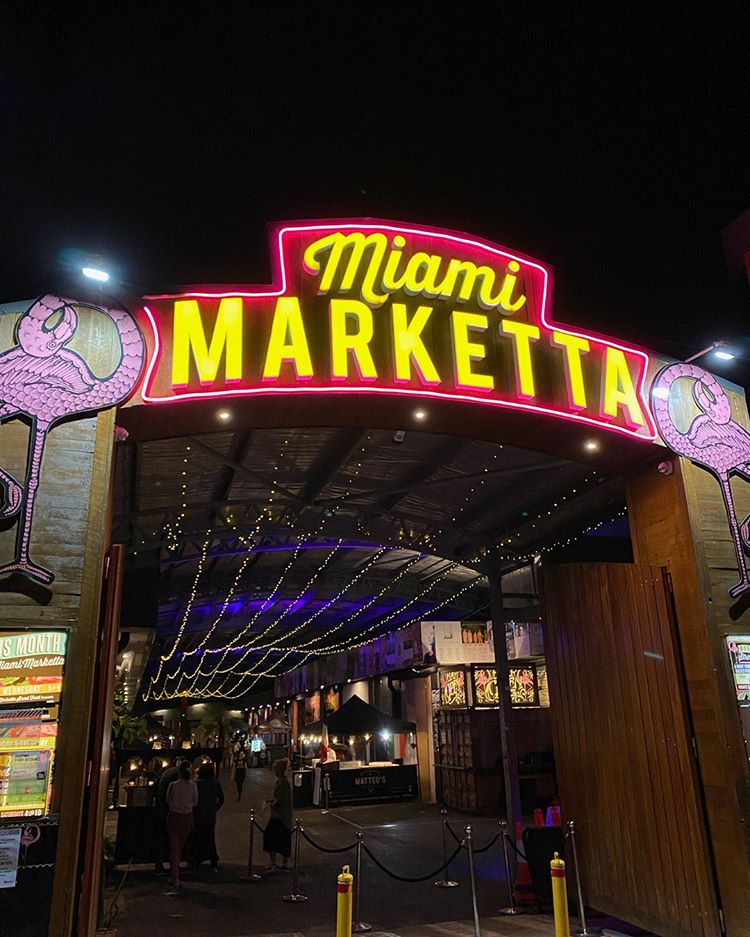 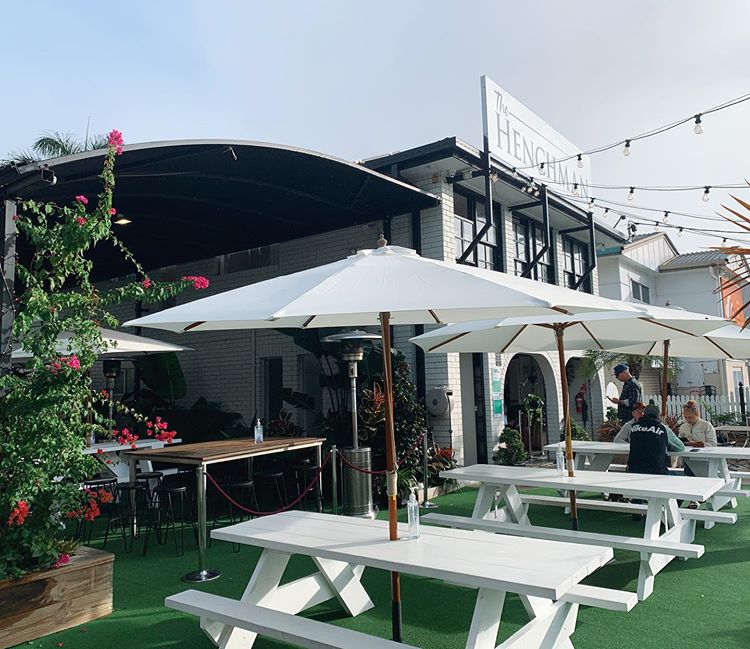 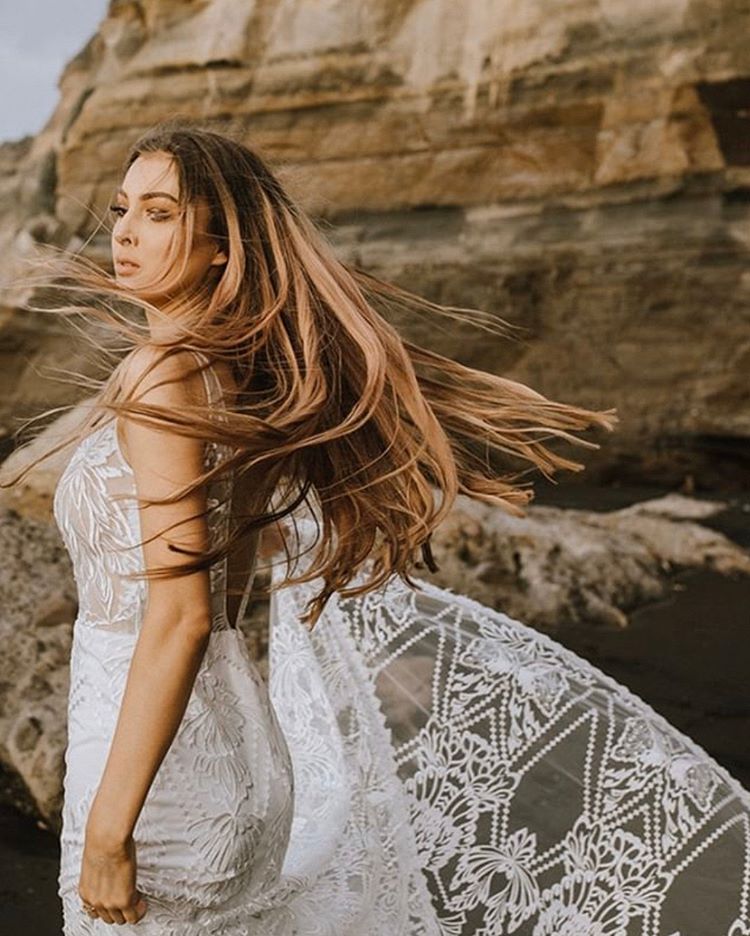 Marketta paved the way for the current cafe and dining culture in the area, with a bit of a gritty, underground, industrial vibe. The Gold Coast’s first street food market has become a must-do on the GC itinerary and this accolade is well-deserved.

Marketta began life as a collective of artist studios and has evolved to its current iteration of a lively, buzzing venue that contains every element for a great night out. An enticing array of cuisine from food trucks and mobile vendors, free live music and a variety of bars that ooze atmosphere and ambience. Marketta also holds ticketed events and is one of the largest live music venues in the region.

Situated in a striking black and white building, this versatile venue is a licensed cafe so you can come for a brunch of quality coffee with their specialty puff pastry jaffles or hit it for Friday night knock off drinks.

Making the most of the Gold Coast climate, The Henchman has a tranquil, tropical outdoor area where you can enjoy alfresco refreshments at picnic tables on astro turf, melt into a bean bag or hang out in a hammock. Kid friendly and dog friendly, it’s a popular place for families and fur babies. They also cater for private functions and parties. A real all rounder delivering on all fronts.

This boho luxe bridal boutique opened its doors in 2013 and quickly became a favourite destination for GC and interstate brides-to-be. Selling modern, affordable wedding dresses, bridesmaids frocks and accessories, Bohemian Brides steers away from traditional wedding trends and this creative, alternative approach is definitely in keeping with the post code – as is the large scale industrial steel structure that adorns their shopfront.

As well as a premium selection of bridal designers and the kind of service that makes everything feel easy, Bohemian Brides also offer custom made dresses for brides who want to do it their way. 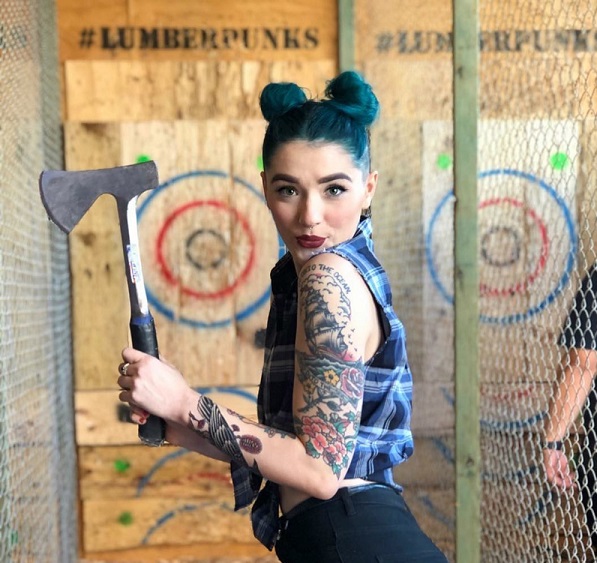 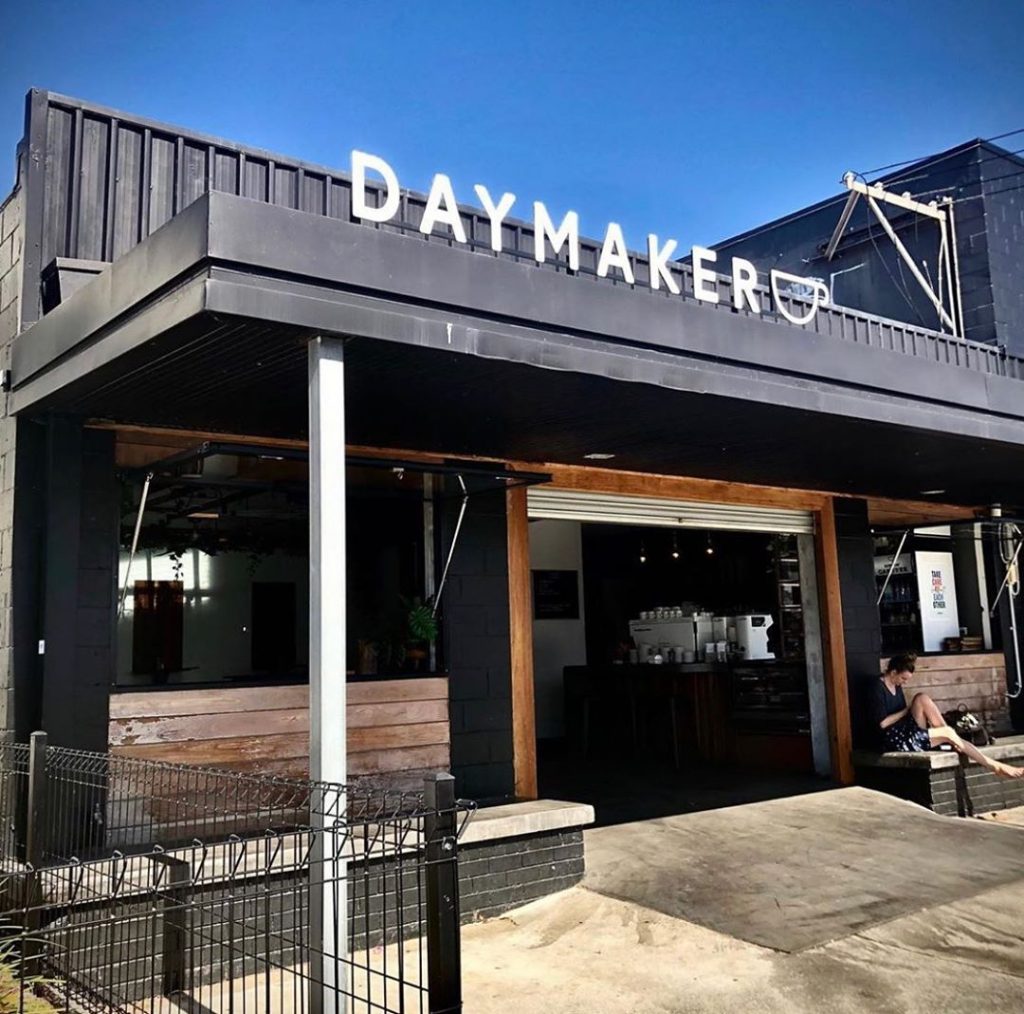 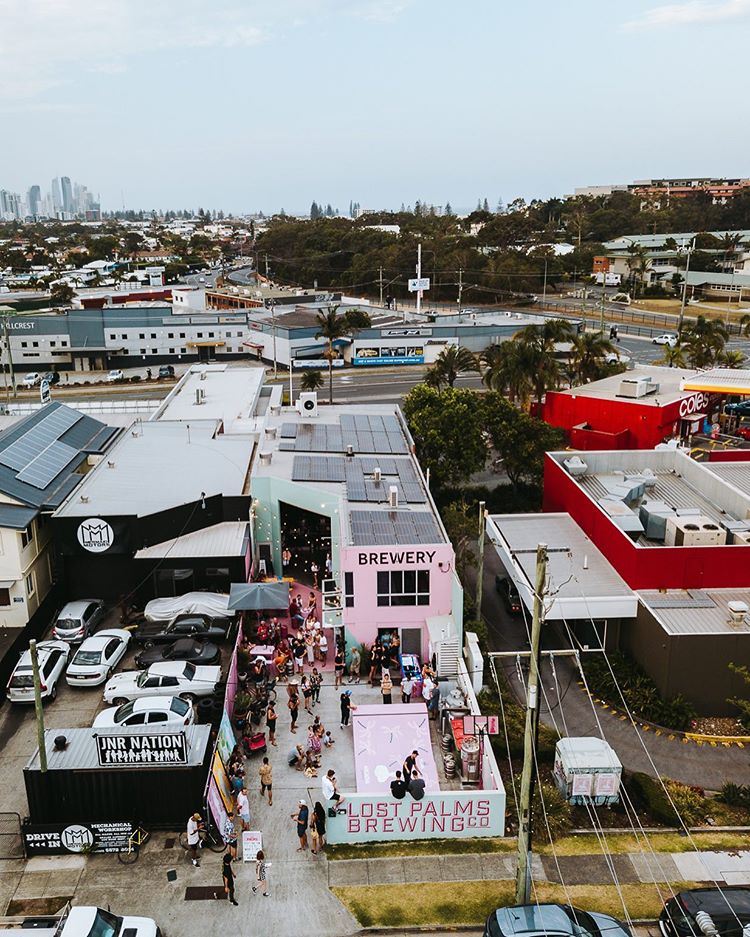 Sending sharp axes spinning through the air is usually not encouraged in social settings, but Lumber Punks in an exception. This urban axe throwing venue has become a popular fixture in Miami – it’s a unique way to have some fun, let off some steam and engage in some healthy competition. It’s akin to playing darts, but with axes. Every session starts with safety demonstration and training. One major drawcard of axe throwing is that the technique is easy and fast to master, within 10 minutes even complete rookies will be hearing the deeply satisfying thunk of the axe hitting its timber target. Whether you’re on a first date, out for some team bonding or training for the zombie apocalypse, Lumber Punks is an excellent option for something out of the ordinary.

Make your day with a caffeinated beverage made by a true connoisseur of coffee and a mouthwatering menu that offers up some unexpected yet delicious breakfast options (lunch is just as lovely) at a great price. This welcoming space embraces an understated industrial aesthetic with concrete floors, warm recycled timber, exposed beams, an abundance of greenery and natural light. The welcome is only enhanced by the staff who are attentive and friendly, and deliver old school full table service.

What better location for a boutique brewery than the world class, subtropical coastal climate of the Gold Coast? Lost Palms has capitalised on this with some superbly sessionable and exotic ales produced in their eye-catching, bright pink and mint green building.

Just like the colour scheme, their selection of craft beers is unexpected yet very appealing. If you’re feeling adventurous, sample the Mango & Passionfruit American Wheat Ale or sip on a Hibiscus & Guava Berliner Weisse, or play it safe and stick to the IPA or Pale Ale.

Disclaimer: At the time of publishing, all venues mentioned in this story are serving takeaway menus, and will be welcoming the general public with open arms when the Corona storm has blown over. Due to the rapidly evolving nature of the Covid-19 pandemic, we recommend checking with individual businesses regarding opening hours and follow any further updates from the Federal Government and Queensland Health.

A morning in Burleigh Heads